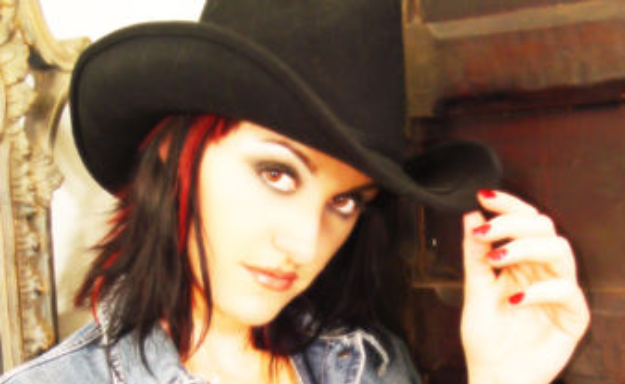 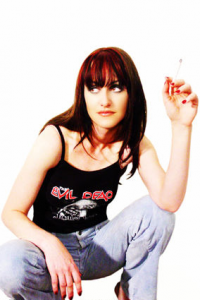 While 2020 has brought unexpected twists and turns into the lives of so many, one small but most sacred blessing for those of us with a taste for femme-helmed genre film is the just-released women-directed horror and sci-fi series Etheria on Amazon Prime. A project of genre distribution group The Horror Collective, Etheria is the brainchild Heidi Honeycutt and Stacey Pippi Hammon, with whom Honeycutt founded the Etheria Film Festival in 2014.

But to reduce Honeycutt’s work solely to this project elides how prolific a talent she is, and how thoroughly dedicated she is to the mission of bringing women-directed genre films to a wider audience. Programmer, critic, author, producer, actor, mentor and proud fan, Honeycutt’s devotion to women in the far-too-often male-centric terrain of genre cinema and the recent release of the Etheria series make her a stand-out choice for our September Spotlight.

MAKING A PASSION A CAREER

Holding an MA in Mass Communications, Honeycutt’s professional background transcends dark genre cinema alone and she has acted as a programmer for a range of impressive organizations such as The American Cinematheque and the Los Angeles Film Festival. But it is horror in particular where her various talents drew her, not just as a programmer and producer amongst other things, but as a writer. Having been published in magazines including Fangoria and Famous Monsters of Filmland Magazine, it was as a critic that she saw a gap that urgently needed filling. 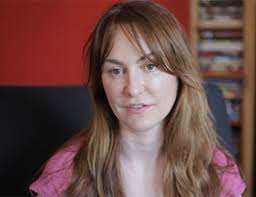 Recalling her early website Pretty-Scary that ran from 2004 to 2009, Honeycutt said “I think when I started writing about horror films I was really amazed at how few women there were on the creative side of horror filmmaking”. She continued, “I also truly believe that talented people deserve to be heard and seen, and it’s the job of film programmers, anthology editors, art curators, and journalists to make artists visible rather than gatekeeping people out.” As Honeycutt noted, “It’s human nature to create and appreciate others’ creations. I just happen to particularly enjoy when women make genre films and that’s what I love.”

WHY HORROR IN PARTICULAR?

“Horror is cathartic, you can be a sadist or a killer or a victim or indulge whatever sick fantasy you have in a really innocent and fun and harmless way with horror. You can also express the dark things that are in you that you have to get out without hurting anyone,” she says. 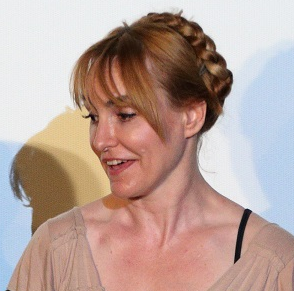 For Honeycutt, this experience is as open to women audiences as it is to men, despite the latter – erroneously – being far too often assumed to be the genre’s primary audience. There’s an openness to horror and an acknowledgement of our collective dark side that it allows everyone, regardless of their gender, to find a positive experience out of it. “Horror can really give you an adrenaline rush…It’s like a rollercoaster – it gets you all worked up in a safe way, and that’s so fun. But it is also a way to express sadness, the darkness that we all experience and know. We all get really nihilistic and sad sometimes”.

It was the realization that despite being fully capable of working in other aspects of the screen industry, Honeycutt knew genre film was her passion and that she would simply be incapable of flourishing to her true potential working beyond that area. While very much an untraditional career journey, it is one that Honeycutt – staying true to her passions and her instinct – has proven to be enormously worthwhile, both personally and professionally.

“I gave up having a real career years ago like all the other young people dealing with the post-recession economy and focused on the things I enjoyed and was good at”, she said. “It turns out that the stuff you’ve been doing for years that everyone said was stupid because it doesn’t make any money is actually the best training you could ever have, as you are now qualified for a paid position in your hobby because of your experience with it.”

FROM VISCERA TO ETHERIA

Although garnering admiration from peers and readers alike as a writer earlier in her career, it is her success with colleagues such as Hammon and filmmaker Shannon Lark in the festival space that brought Honeycutt an even stronger reputation as a key figure in the horror community. In 2007, she was invited by Lark to build on the community of women in horror she had tapped into with Pretty-Scary to form their own festival specifically for women-centred horror movies, and the small non-profit Viscera Film Festival was born. In 2010, their first live version of the fest at Los Angeles’s Downtown Independent Theater was the first of many annual events that focused on short horror films directed, produced or written by women.

“There wasn’t anything like that back then”, she recalls. “No one could name more than five women horror directors, for instance. Directors such as Mary Lambert or Mary Harron were not recognized for their contributions to film and genre the way, say, Wes Craven or Lucio Fucli were.” Honeycutt continued, “I always found it odd that women directors were never guests at horror conventions. The filmmaker guests were always all men.”

When Lark left to focus on her own filmmaking, Honeycutt and Hammon (the latter who had joined the Viscera team) decided to continue their work together under the banner “Etheria”, named after Honeycutt’s idol She-Ra’s home planet and expanded their brief to included other genres including sci-fi, thrillers, westerns, fantasy and action movies. They also reduced their focus specifically to women-directed movies; “By 2014, there were already so many more women making genre films that almost all films have a woman writer or producer and we’d be swamped. Directors were still a bit more rare.”

With their first live event at the famous Egyptian Theatre in Hollywood with the support of the American Cinematheque, Etheria became an ongoing event. “I have a feeling I am going to keep doing this until someone makes me stop because I really enjoy it. Having these filmmakers and artists and creators in my life is such a gift. It has made my life infinitely more interesting and meaningful, and I am forever grateful for them.”

BEYOND FESTIVALS: PRODUCING AND MORE

While Honeycutt’s work in film festivals is surely a major part of her career story, as noted she has also worked in a variety of other capacities. She has, for starters, been a frequent interview subject in documentaries about cinema, feminism and horror including The Best 50 Horror Movies You’ve Never Seen, E! True Hollywood Story: Scream Queens, and FEARnet’s Movies with More Brains. Honeycutt has also appeared in a less critical role in front of the camera as an actor in horror films including Slaughter Party (Chris Watson, 2004), The Crystal Lake Massacres Revisited (Daniel Farrands, 2009), and Christine Parker’s zombie film Fistful of Brains (2008).

In 2007, she also wrote, produced and co-directed (with Lesie Delano) the horror short Wretched. As a producer, Honeycutt’s early credits include the anthology collection 7 from Etheria (2017) and a retrospective about cult filmmaker Jackie Kong’s classic woman-directed horror film, The Making of Blood Diner (2016).

But it is 2020 where Honeycutt’s various passion projects have all come together, culminating not only in the Amazon Prime Etheria series but, earlier in the year, the inclusion of the Etheria Film Festival’s 2020 short film selection were showcased on the horror streaming service Shudder, including Waffle (directed by Carlyn Hudson), Maggie May (directed by Mia’kate Russell), Basic Witch (directed by Yoko Okumura), The Conversion Therapist (directed by Bears Rebecca Fonte), Offbeat (directed by Myrte Ouwerkerk), The Final Girl Returns (directed by Alexandria Perez), LIVE (directed by Taryn O’Neill), Man in the Corner (directed by Kelli Breslin) and Ava in the End (directed by Ursula Ellis).

The Shudder showcase acted as both a way to allow horror fans who might not usually be able to attend an Etheria event to get a sample of the diversity and quality of the work they have championed for so many years, but also provided a fun alternative when the decision to host a live event was so brutally cut short by the pandemic. “As everyone knows, the film festival industry took a huge blow to live events in 2020 due to the Covid-19 pandemic. By the time March rolled around, we knew we weren’t going to be able to have a live event, so we started exploring streaming options,” said Honeycutt. “I get about three huge ideas a year, and one of them usually turns out to be good, and in 2020 it was the collaboration with Shudder. I approached Shudder – specifically their main programmer Sam Zimmerman – and because he is a genre fan he knew Shudder fans would like Etheria. It was perfect, it just made sense”. 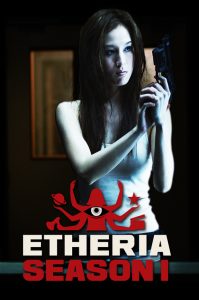 Honeycutt’s work with The Horror Collective that led to the series being born was originally sparked by a conversation with Epic Pictures co-founder Shaked Berenson, who offered Honeycutt much more than the distribution opportunities she had hoped their collaboration would bring in the shape of an actual job, based in her widespread industry knowledge and expertise.

“I’m really grateful for the opportunity and Shaked has been a hands-on producer on the project because I think he sees what I see in Etheria: the overwhelming talent of the filmmakers”, said Honeycutt. “Part of what The Horror Collective does is look for new projects and new talent, so this is a great way to reconnect with filmmakers we may want to work with and shorts that we may want to develop as larger projects.” 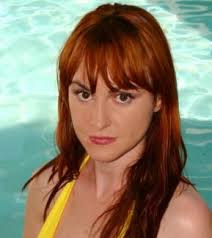 In an industry where many talk the talk, Heidi Honeycutt has wholly and unrelentingly walked the walk. Her range of projects has put her in the center of the horror community, especially for women. She adamantly rejects the cynical notion of networking: “It implies that you’re making shallow acquaintances so you can benefit from someone or better your career. Rather than networking, people should focus on solid friendships and bonds and respect for other people’s accomplishments. In Hollywood, it’s a myth that if you know the right people you can get your work made. The truth is that you have to be friends with the right people who will collaborate on a project, take a chance on a film, people that believe in you as an artist and respect your work. So be a good friend, and help other artists, and the opportunities will actually start coming your way.” She saves her warmest words for her Etheria partner-in-crime, Stacey Pippi Hammon, saying, “Every opportunity that ever came my way came from a real friend, like Etheria with Stacy, because I made a connection with another person who also had a desire to create and do and risk and leap and take chances, and that is the only way things happen in this industry. Or in life.”