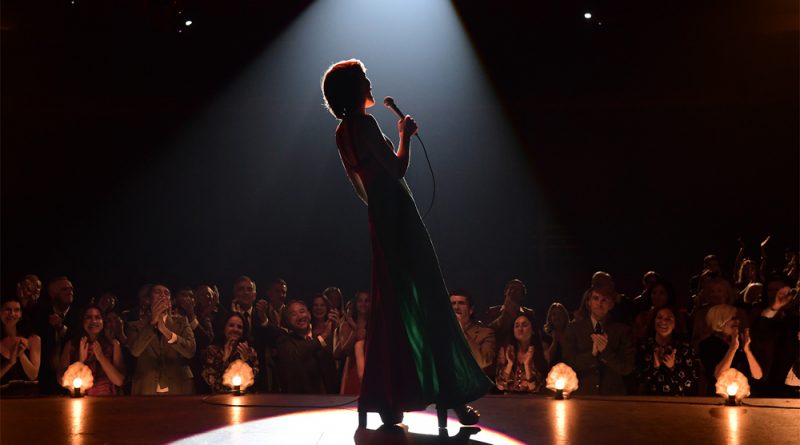 I Am Woman is Unjoo Moon’s bio-portrait of Helen Reddy, the Australian vocalist whose catchy 1970s hits were topped by the surprise chartbuster and unofficial anthem of the women’s liberation movement. I Am Women. Timing is everything and this song — I Am Woman — came to the forefront at the same time women were collectively organizing and fighting the patriarchy. This first feature, based in part on Reddy’s memoir, The Woman I Am, is a total winner.

In 1966, things were very different for all women. So much so, that there’s a whole new generation (or two) that have no idea what muck women had to wade through just to be taken seriously, be paid fairly and be treated properly in the workplace.

As the biopic begins, Helen Reddy (played brilliantly by Tilda Cobham-Hervey) has flown from Australia to New York for her first music meeting where she thought she was getting a record deal. That was not the case. This young Aussie mother, with daughter Tracy in tow, meets an odious Mercury Records music executive. “So you really flew all the way from Australia by yourself, no husband?” is how this demeaning meeting begins.

Cut to club dates and frustration for Reddy, trapped in a time period when songs like Peggy March’s I Will Follow Him are the rage, and band members get paid more than the female singer “because they have families.” Helen navigates New York with a fellow ex-pat, Liliane Roxon (Danielle Macdonald), a wizened journalist and wing woman to Helen who is trying to figure it out on the fly.

Her initial disappointment and having to learn a new culture weighs on Reddy, stuck between a rock and a New York City hard place. Pal and confidante Lillian makes it easier for Helen to learn the ways of the business and, before you know it, Helen meets Jeff Wald, a William Morris agent who changes her life.

This timely look back not only entertains us with the arc of this singer’s life, but reminds us that social gains seem to be two steps forward and one step back — as is seen in our current political state of affairs. It is to be expected that the 1960s were full of patronizing setbacks and obstacles for women, but as the 1970s emerged, anything seemed possible, and women, including Helen, found their voice and to some extent their success.

Reddy is by all accounts a fighter, and in I Am Woman we see how she prevails against the archaic male music execs, the industry and the system at large. Her best known song was rejected by the music industry but it became an anthemic singular hit that women took to and loved.

But, make no mistake, Reddy was no Gloria Steinem. The biopic shows how she was rescued from a cockroach-riddled apartment by her lover-turned-husband Jeff Wald (Evan Peters), a hot tempered type who whisked Helen and Tracy away to Los Angeles for a shiny new life. A bit of digging in the news archives reveals that his drug problems and anger issues likely lead to their divorce in 1983. His portrayal as the classic Jekyll and Hyde husband is yet another setback for Reddy. In the end, Wald’s cocaine habit devoured Helen’s earnings, as did his increasingly erratic behavior in his management of her personal and business affairs.

For those who remember when Helen Reddy’s hits debuted on the airwaves, this nostalgic dip into the past is a welcome one and holds our interest as we find out more about this talented woman who not only dominated charts, but influenced fashion with her chic shag hairstyles and was the darling of late night talk show hosts. The film entertains and shines a light at a transitory time in American culture and politics and shows how people can persevere despite the times they are in, or the bad marriages they land in.

Cinematic crafts excel in this film as well, with kudos to DP Dion Beebe, a master at lensing. The art department is masterful in all areas as art directors Marianne Evans and
Peter ‘Babylon’ Owens’ team that includes set designer Gabrielle Carey and production designer Michael Turner give us perfect period design elements that draw us into Helen’s story. Also costume designer Emily Seresin’s outfits are on point, taking Helen from her 20s to her 40s.

The magic of I Am Woman is its superb performances, with Tilda Cobham-Hervey giving Helen a genuine and relatable persona that makes us root for her from the get-go. And once her hits start happening, it’s an exhilarating ride for her, despite all her personal setbacks. More than just a soundtrack to a movement, I Am Woman is a lesson in how to fight, survive and thrive in life for anyone who feels pushback from the man.