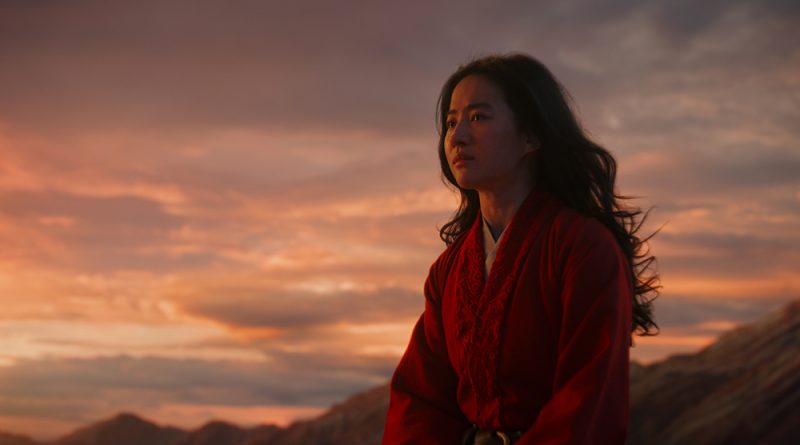 Loyal, brave and true. I am someone who is no fan of how Disney continues to be hell-bent on recycling its classic animated features into live-action films. But if ever there was a reason to do such a remake, the new version of Mulan certainly makes an incredibly sound case. The original ‘toon version about a young woman who takes her ailing father’s place while passing as a male warrior in China’s Imperial Army had a funny little dragon sidekick voiced by Eddie Murphy and a cute cricket plus several catchy musical interludes.

But in the hands of Niki Caro, the Kiwi director of 2002’s similarly female-empowered Whale Rider, this version is a visually-stunning, well-written, high-action war epic that is must-see family entertainment and well-worth the 30 bucks surcharge for those that have the Disney+ streaming service. With a budget of $200 million – the most for any film helmed by a female – the high-flying stunts, the gorgeous scenery (courtesy of China and New Zealand), the highly choreographed battle scenes, the excellent special effects – all fairly scream that this is one impressive production.

But it wouldn’t be anything without a leading lady who is both a crouching tiger and a hidden dragon when it comes to martial artistry and saber swinging as she subtlety emotes her pent-up feelings beyond her cross-dressing masquerade. With Liu Yifei, a star is truly born. She is gifted enough to hold her own during the few humorous interludes (such as her avoidance of showering with the fellows, who take note her odiferous state), as well physically adept enough to make us believe she can fly through the air with the greatest of ease on horseback, high in the sky or in the midst of battle on rooftops. Yes, we see the PG-13 deadly consequence of war with piles of bodies and arrows piercing flesh. But the tone of sacrifice and honor requires it.

Sure, at first, Mulan awkwardly tries to be one of the guys, as they engage in locker-room talk and downplays her lethal gifts as to not stand out. But closest soldier buddy Chen (Yoson Yan) senses something is special about his bunkmate as they both coyly flirt in between shooting arrows and clanging swords. But once our female hero exposes her true identity, she fully embraces her destiny and that of her ancestors who watch over her in the form of a colorful phoenix that occasionally shows her the way.

If there is a downside, the baddies in charge of the villainous invaders of the Imperial City don’t quite make the cut. Jason Scott Lee is a scar-faced sneering baddie bent on avenging his father’s death. We have seen this before. Meanwhile, his female meanie counterpart is Xian Lang (Gong Li), a shape-shifting witchy woman who believes she never given her equal due in causing chaos and mayhem.

The best scenes, as they should be, are between Mulan and her fellow war hero father, played by Tzi Ma of The Farewell. Their relationship provides the beating heart of this gritty fairy tale, one that any child.