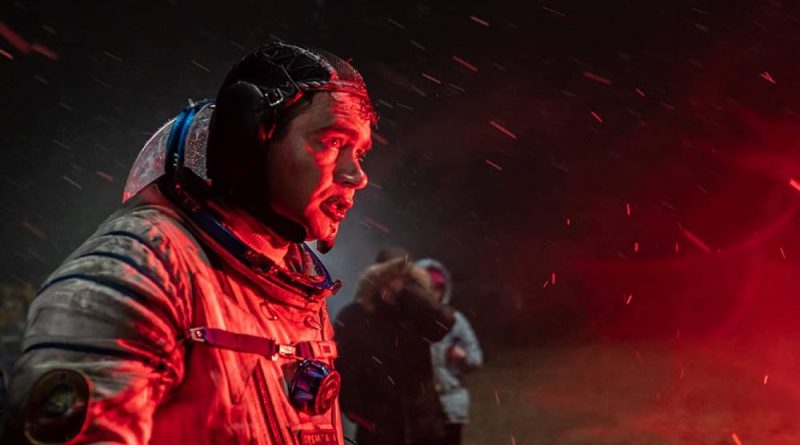 Behind the Iron Curtain, no one can hear you scream.

A frighteningly effective sci-fi horror story, the Cold War Russian-language thriller “Sputnik” definitely owes a debt to Ridley Scott’s iconic “Alien.” But the assured feature film debut from director Egor Abramenko turns that familiarity to its advantage, whipping through as many surprising twists and turns as its otherworldly creature.

In 1983, a pair of Russian cosmonauts are preparing their descent when an incident causes their spaceship’s instruments to malfunction. When they land in remote Soviet Kazakhstan, both are mysteriously bloodied and one seems to be mortally wounded.

Back in Moscow, neuropsychiatrist Tatyana Klimova (the stellar Oksana Akinshina, in what is hopefully a star-making turn) is facing a bleak inquiry for using radical methods to help a difficult patient. Facing the loss of her license and career, she is approached by enigmatic Col. Semiradov (Fedor Bondarchuk) who asks her to assist him with a classified military project that could use an unconventional second opinion.

He whisks her to a secret base in the Kazakh steppes, where she is introduced to Orbit-4 cosmonaut Konstantin Veshnyakov (the charismatic Pyotr Fyodorov), who is being kept locked up, isolated and under close observation even as Soviet TV hails him as a national hero.

That’s because he didn’t come back from space alone.

Between the smart script and stalwart performances, Abramenko achieves a fine blast-off for “Sputnik,” and he gets plenty of help from his team fueling the skin-crawling, suspenseful journey. Cinematographer Maxim Zhukov’s cagey camera work and darkly shaded palette drench the movie in ominous atmosphere, Mariya Slavina’s spare and steely production design turns the Cold War industrial complex into its own kind of alien landscape, and composer Oleg Karpachev’s elegant and eerie score both contrasts and complements the screams that you most definitely can hear.