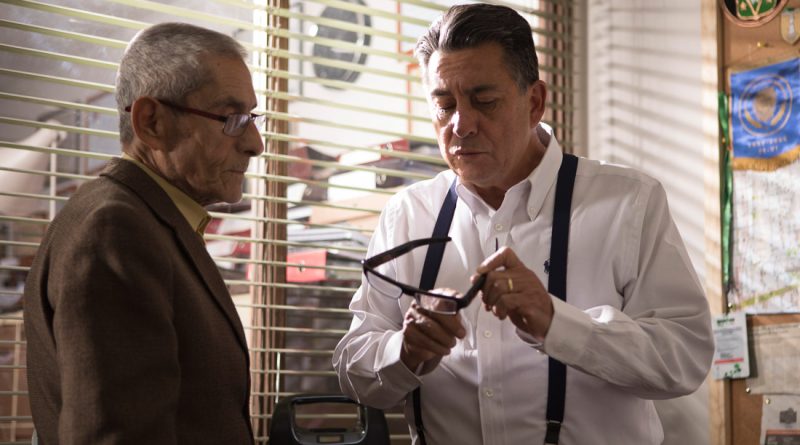 The Mole Agent warms the heart.

Right now, as ever, we urgently need an amusing, upbeat, charming film. Welcome, then, to The Mole Agent, director Maite Alberdi’s spy story in which eighty-three-year-old Sergio infiltrates a Chilean nursing home. His mission, should he choose to accept it, is to assess the quality of care or neglect, an investigation prompted by a concerned daughter of her resident mother.

To choose an agent, private detective Rómulo interviews and selects Sergio. The interview audition, though brief, is priceless humor as candidates, all men between eighty and ninety, must cope with WhatsApp and FaceTime. Added to the subterfuge, a film crew is purportedly working on a documentary at the home, asking to follow a new resident (i.e. Sergio) to acquaint potential applicants with services. This provides extensive footage, added to Sergio’s video via microcameras hidden in his pen and glasses. His attempts to master his task is immensely entertaining, as are several reactions to Sergio, and I’m talking about you Bertita, an elderly virgin assertively pursuing marriage to Sergio.

To all, Sergio is immediately so popular he’s elected king for the home’s anniversary, complete with a celebratory parade. This comes as no surprise since there are four men and forty women, all universally praising Sergio as “gentlemanly.” Whether he’s a capable spy is another matter, but he does conscientiously report daily on sightings of their “target,” Sonía Perez. In fact, Sergio becomes a reliable agent, though he could never have anticipated the engagement he enjoys. There are, of course, bittersweet and sad moments with some residents less mobile and quite lonely. But to all, he’s kind and compassionate, a wonderful friend who still visits to this day.

At the 2020 True/False Festival, producer Marcela Santibáñez described the aftermath when the filmmakers, with great apprehension, revealed the truth to the administrator of Santiago’s San Francisco Nursing Home. She cried with delight at the positive affirmation of their care. Humane treatment is what The Mole Agent models so beautifully, with humor and affection. In Spanish with English subtitles, The Mole Agent is available on the POV platform. Check listings for availability.