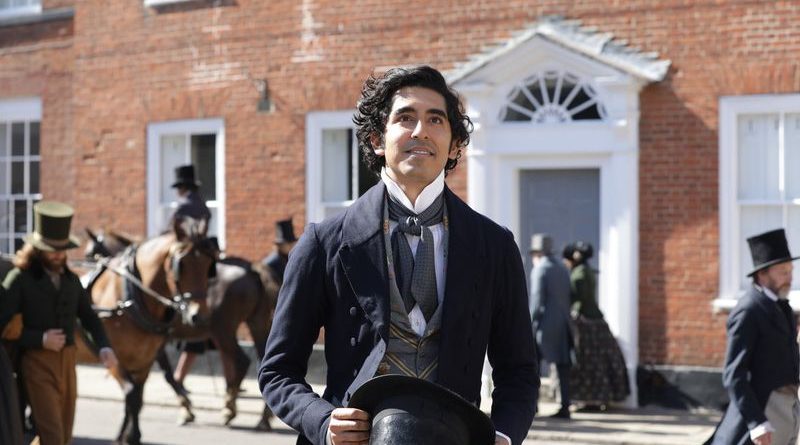 Charles Dickens’ often-adapted masterwork gets a warm and whimsical retelling with “The Personal History of David Copperfield.”

Director Armando Iannucci and writer Simon Blackwell (Emmy winners for the HBO satire series “Veep” and Oscar nominees for the 2009 political comedy “In the Loop”) dress up their adaptation of Dickens’ sprawling autobiographical serial-turned-novel “David Copperfield” with candy colors, absurdist wit and magical realism. Their streamlined version ditches the dreary costume drama trappings, ruthlessly cuts out characters and uses the titular protagonist’s writings about his often-shifting circumstances as an enchantingly functional framing device.

Maintaining the book’s Victorian setting but giving it a pleasing contemporary flair, the movie’s sense of humor hits an entertaining bull’s-eye somewhere between the fast-paced surrealism of the Monty Python sketch show “The Flying Circus” and a particularly well-written episode of the 1990s social-climbing British sitcom “Keeping Up Appearances.”
Following promising charmer Jairaj Varsan as young David, Patel is immensely likeable and rock steady in the title role, an orphan who bounces from country manors and grimy factories to dour boarding schools and beguiling beach cottages as his fortunes ebb and flow.

Trying to figure out who he is proves difficult, especially since he is assigned a new nickname by practically every relative, friend and enemy he encounters. The excellent actors embodying the eccentric rosters of David’s companions include Tilda Swinton as his amusingly no-nonsense Aunt Betsey, Hugh Laurie as her addled, kite-flying cousin Mr. Dick, Peter Capaldi as his colorful and constantly in debt guardian Mr. Micawber, Darren Boyd and Gwendoline Christie as his cruel stepfather and his equally intimidating sister, Ben Whishaw as his duplicitous rival Uriah Heep, Morfydd Clark as his ditsy love interest Dora and Rosalind Eleazar as his smart and stalwart friend (and true love) Agnes.

Although “The Personal History of David Copperfield” occasionally feels a little too light and fluffy for its own good, it has so much joy and humor baked in that it may well renew an appetite for Dickens’ classic storytelling.