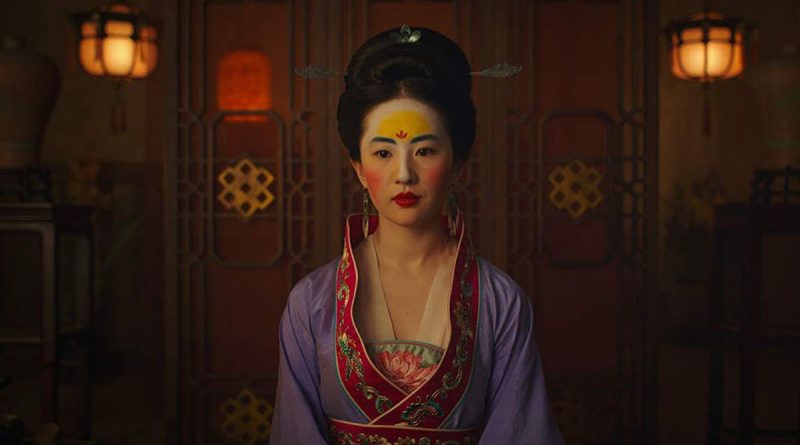 To help build its budding streaming service during this pandemic, Disney decided to release the new, live-action version of its popular 1998 animated film on Disney+.

But unlike Hamilton and Beyonce’s Black is King, Disney is levying an additional ‘premium’ charge of $29.99 on top of the subscribers’ $6.99 monthly fee. This experiment capitalizes on growing demand for at-home movie-watching.

Based on the Chinese ballad of Hua Mulan, the plot follows an intrepid young woman (Yifei Liu) from a small village who poses as a man so she can take her father’s place, defending the Emperor (Jet Li) in the war against the Rouran, led by Bori Khan (Jason Scott Lee).

Agile and acrobatic, Hua Mulan’s audacious independence worries her parents (Rosalind Cho, Tzi Ma) who are shamed when Mulan steals her aging father’s sword and armor to take his place in the Imperial Army, gaining confidence in her fighting skills and earning the admiration of Chen Honghui (Yoson An).

Beijing’s Yifei Liu beat out 1,000 other actresses to snag the titular role for which she trained seven hours a day for three months. The scene of warriors on horseback, swiveling in the saddle to shoot arrows, is breath-taking!

While Yifei Liu performs most of her own stunts – riding, sword-fighting & martial arts – Gong Li steals the picture as the enigmatic warrior-sorceress Xianniang. Wearing a face-paint mask and intricate headgear, she transforms into various shapes, including a menacing flock of birds.

And kudos to cinematographer Mandy Walker, who captures majestic landscapes and superbly-choreographed fight sequences in this $200-million film, the priciest of Disney’s recent live-action remakes, including The Lion King and Aladdin.

FYI: In terms of diversity, despite the success of Parasite and Crazy Rich Asians, Asians are under-represented on the big screen despite Asian-Americans being the fastest-growing demographic. And Min-Na Wen (the original animated voice of Mulan) does a cameo, introducing Mulan to the Emperor.

On the Granger Movie Gauge of 1 to 10, Mulan is an exciting, action-packed 8. As long as you maintain your Disney+ subscription, you can watch it as many times as you like.