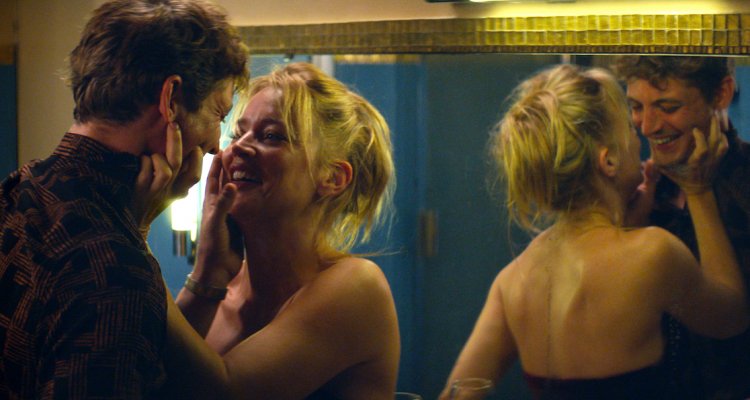 Like her better known namesake, this screen Sibyl, played to perfection by Virginie Efira, has divided identities. She’s a successful psychologist who decides, despite skepticism from editors and loved ones, to return to fiction writing after a long hiatus. She’s no sooner made the leap to staring at the blank computer screen when she’s contacted by a young actress, Margot (Adèle Exarchopoulos), who is in a panic over an unplanned pregnancy, the result of a doomed love affair with Igor (Gaspard Ulliel), the handsome actor who also happens to be married to the director of the movie on which they’re all working. Sibyl decides to counsel Margot; as their sessions build in drama and dependency, Sibyl begins to crib from their sessions, transferring Margot’s melodrama to the manuscript she’s completing.

French director Justine Triet adroitly shifts between Sibyl’s current predicament and her complicated recent past which includes alcoholism and an erotically charged romance with Gabriel (Niels Schneider), the father of her young daughter. Sibyl deftly balances romantic thriller and delicious drama with comic overtones about movie making. It’s one of the best on this rich subject since Truffaut’s classic Day For Night. There’s also a healthy dose of Ingmar Bergman’s Persona as Sibyl becomes enmeshed in Margot’s life once Sybil jets off the volcanic isle of Stromboli, itself possessed of a distinguished place in film lore thanks to Ingrid Bergman’s notorious affair with Roberto Rossellini while making 1950’s Stromboli.

On the sultry island off the Sicilian coast of Italy, Sybil becomes the on-set shrink and confidante in the increasingly volatile romantic triangle that includes Margot, Igor and, best of all, the film’s high strung director Mika, played by German actress and certified scene stealer Sandra Hüller, best known for her unforgettable comic performance in Maren Ade’s 2016 hit Toni Erdmann.

Sibyl is a smart, surprising and sophisticated movie for adults, a refreshing reprieve from low bar moviemaking.