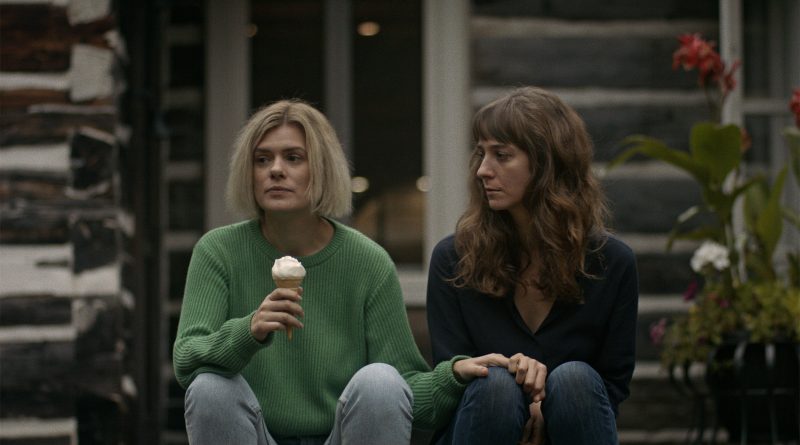 For many people, the very words “rape-revenge film” trigger of paroxysms of visceral outrage; assumed to be the lowest of the low exploitation gutter trash, this response neatly elides the centrality of more highbrow fare that have engaged with the trope, from Ingmar Bergman’s Oscar-winning The Virgin Spring from 1960, through to the mainstream success of The Girl with the Dragon Tattoo franchise in more recent years. Assumptions that these films are solely the terrain of male brain-wrong directors and equally disgraceful, toxic gender-specific audiences also ignore the donations of women filmmakers such as Věra Chytilová to the field. And, of course, there is the far too often ignored demographic of women who for whom this category has appeal, be they survivors finding catharsis or simply thirsting for gender political justice fantasies in a world where this very notion of justice rarely works in the favour of survivors of rape, sexual assault and gendered violence.

I have written two books on rape-revenge film and while in no way presenting myself as the singular authority on the subject, I do feel that I say this with some degree of knowledge of this broad category on my side: the word ‘fantasy’ here is absolutely central. In her 2001 book Watching Rape: Film and Television in Postfeminist Culture, Sarah Projansky noted that there are two kinds of rape-revenge films: those where someone acts as an agent to seek revenge on behalf of someone else (a child, partner, sibling, etc.), or those where a woman seeks revenge for herself.

But I would add a second dimension here; there are rape-revenge films that maintain the fantasy of vigilante justice (such as the notorious exploitation films I Spit on Your Grave or They Call Her One Eye), and those that actively subvert and undermine rape-revenge as a fantasy scenario. It is the latter, arguably, that we find films such as Abel Ferrara’s Ms. 45 and, I would suggest, just as many – if not more – rape-revenge films as the less complex fantasy scenario. And of course, it is worth mentioning that rape-revenge is not a subgenre of horror or even remotely specific too it; the trope has thrived in the western (long before the rise of the grindhouse, in films such as the Gregory Peck western The Bravados from 1955) and, as noted in the case of Bergman above, also has acclaimed arthouse ancestry.

Which all leads to the English-Canadian co-production Violation, co-written and co-directed by Madeleine Sims-Fewer and Dusty Mancinelli, and recently making its world premiere at the 2020 Toronto International Film Festival. Nestled appropriately in the Midnight Madness programme, the film straddles horror, thriller and family drama terrain, but with the horror component amplified to the point where we could quite comfortably categorize the film as sitting at the ‘extreme’ part of the genre’s spectrum of explicitness.

Regardless of how cagey we may be about labeling a film as insightful and sophisticated as this as ‘rape-revenge’ per se, there is little escaping the fact that at the heart of the film lie two core actions: one an act of sexual violence, the other a desire to avenge that act of sexual violence. Semantics aside, then, where Violation flourishes is its staunch, extraordinarily powerful rejection of the myth of revenge for rape as a kind of satisfying justice fantasy, for either the rape survivor themselves, or we, the audience. In this context, the film may be best conceived as a post rape-revenge film, verging even perhaps on an anti rape-revenge one.

The film follows two sisters Miriam (Sims-Fewer) who with her partner Caleb (Obi Abili) joins up for a weekend in the country with her sister Greta (Anna Maguire) and her husband and Miriam’s old friend Dylan (Jesse LaVercombe) to ideally help heal the sisters’ fractured relationship. As tensions rise to the surface, the getaway explodes into drama and violence, hinging around a rape scene so wholly unique as to defy comparison with anything I have ever seen before (to clarify here, in my work on rape-revenge films alone I have seen easily more than 300 of these films).

Rejecting chronology to amplify the sense of detachment from the audience’s perspective, the unconventional timeline of the film means we are forced to read characters for who they are (or seem to be, at least), rather than basing our moral judgements of those characters of what has happened to them or what they have done as we get insight into events from different perspectives. It’s a risky move that most obviously echoes films such as Gaspar Noe’s Irreversible and Akira Kurosawa’s Rashomon at times, but to reduce the film to a mash-up of these earlier movies is a gross undervaluing of precisely what makes this film so powerful.

And, may I add, so fundamentally and intrinsically important. Partially, this is because the film is made by two people who are very open about their own status as survivors, which throws entire arguments about exploitation out the window when it comes to questions of voice, subjectivity, and allowing survivors to speak for themselves. Additionally, while very much a collaborative project between Mancinelli and Sims-Fewer, the latter’s central involvement in the project both behind and in front of the camera as a woman is also worthy of my; as my reference to Věra Chytilová and films like Virginie Despentes and Coralie Trinh Thi’s Baise Moi suggest, rape-revenge is far from the solely male-directed terrain it is assumed to be (I guarantee you, there are far more women-directed rape-revenge films than you may assume). Yet to be clear, while I believe very passionately that we need more women making films in this area, to flag Violation as so significant merely because of Sims-Fewer’s gender grossly undermines precisely what these two filmmakers have collaboratively achieved here (and also underplays Mancinelli’s fundamental part of it).

Certainly, this is by no means a film for everyone, and viewers of course should practice self-care as I encourage we all do in all film-watching experiences, especially with movies concerning subject matter as sensitive as this. But the depth of intelligence, sensitivity, ethical clarity and good old fashioned moxie that Sims-Fewer and Mancinelli employ here is quite unlike anything I have ever seen before. Violation is the best film of the year, and demands we rethink questions of consent, virtue, subjectivity and the fantasy of justice to a degree that we are very rarely encouraged to.