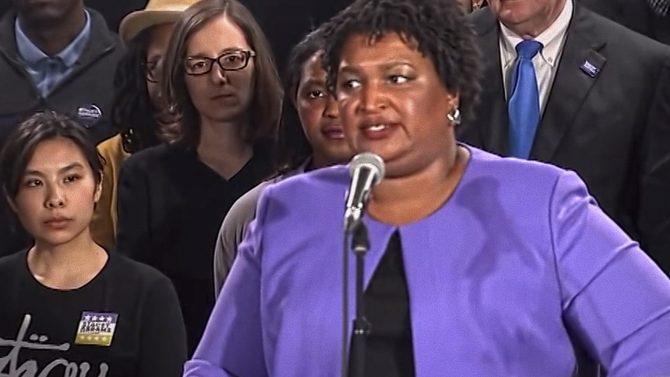 All In: The Fight for Democracy considers voting rights — and wrongs.

We are taught that democracy began with the Founding Fathers. It did not. Those men in knee britches granted suffrage to their fellows: White men. Men of property. 6% of the population. Over the next 200 years and change, the rest of the nation has had to fight for the vote.

In All In, an astounding documentary, this issue of voting rights is addressed head on. Stacey Abrams, one of the producers, besoms with her non-concession speech after “losing” the Georgia gubernatorial contest in two years ago to Brian Kemp. As Georgia’s Secretary of State in control of the vote, Kemp weaponized voter suppression by purging voters off the roles.

All In does a magnificent job of weaving history with current events. It follows a stream roiling from Independence to Reconstruction; from the 13th Amendment to the 19th; from truth to Trump; from D.C. to Selma to Maricopa County, Ariz.; from Justices Rehnquist to Roberts, a significantly short distance of racism on the Supreme Court. Florida’s former felons fall in that stream.

The documentary also presents biography — especially Abrams’. She was minority leader of the Georgia house and is a daughter of educated poor folks, who believed, “Having nothing is no excuse for doing nothing.” As a student at Spelman, she spoke at the March on Washington. Abrams has been speaking out ever since, especially on this issue of voter suppression.

Just as forthright is the voice of Emory professor Carol Anderson, author of White Rage, who speaks with righteous fury. In the dramatic tones of the theater, she retells the story of Macio Snipes, killed for voting — it rivets and riles anew.

All In includes Luci Baines Johnson on her father’s Voting Rights Act of 1965, the Erics — Foner and Holder, Desmond Meade, Michael Waldman, the Seamanses, and Andrew Young.

Directors Lisa Cortes and Liz Garbus balanced newsreels and graphics with commentary and opinion, all backed by Gil Talmi’s percussive, metered music. At the end, with the credits, activists exhort suggestions for voting in November. All In is a civics lesson worthy of studied absorption.