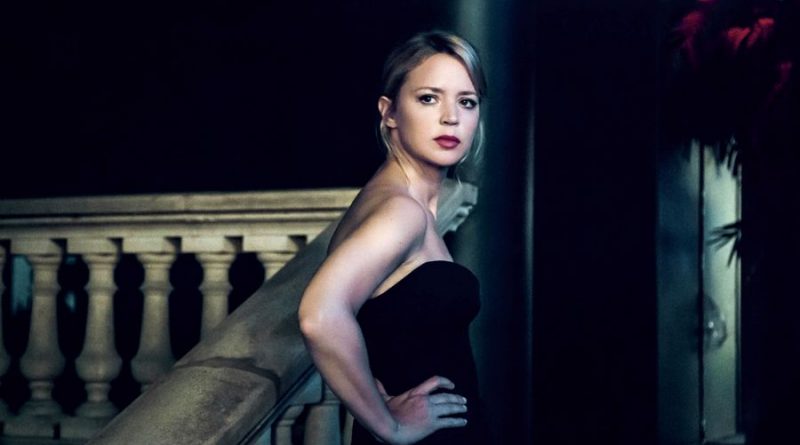 The line between life and art becomes very blurred in Sibyl, French feminist filmmaker Justine Triet’s intimate, ethically complex drama about the titular Sibyl (Virginie Efira), an emotionally fragile psychotherapist who finds inspiration for her novel in her patient’s complicated life. But can she deal with her own insecurities and past entanglements? 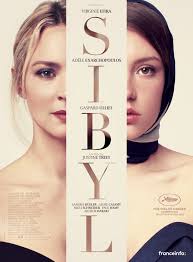 Sibyl is ready to put her analyzing days behind her and return to her writing after a multi-year break. But there are a couple of patients she can’t quite say goodbye to — particularly Margot (Adèle Exarchopoulos), a young actress who’s excited to be starring in a movie opposite the famous Igor (Gaspard Ulliel) but whose life becomes infinitely more complicated when she and Igor embark on an affair and she unexpectedly gets pregnant. Sibyl hangs on Margot’s every word, going so far as to secretly record their sessions so she can use them for book dialogue.

As Sibyl gets ever more involved in Margot’s drama — crossing several ethical lines as a therapist along the way — she finds herself remembering her own rocky past, including her mother’s death, her dependence on alcohol, and her passionate but unstable relationship with Gabriel (Niels Schneider), the ex she’s never quite gotten over. Things come to a head when the film shoot moves to a volcanic Italian island and Sibyl finds herself caught between Margot, Igor, and her own self-doubt.

Triet elicits strong performances from the whole cast. In the supporting cast, in addition to Ulliel and Exarchopoulos, another standout is Sandra Huller as Mika, the take-no-bullshit director of the movie-within-the-movie. And Efira is excellent as Sibyl, alternately projecting cool confidence, fearless sexuality, and crippling insecurity. Anyone who’s ever experienced imposter syndrome will sympathize with her story — as will anyone who’s ever been fixated on the one (or the life) that got away.– Betsy Bozdech

Loren King Sibyl deftly balances romantic thriller and delicious drama with comic overtones about movie making. It’s one of the best on this rich subject since Truffaut’s classic Day For Night. Sibyl is a smart, surprising and sophisticated movie for adults, a refreshing reprieve from low bar moviemaking. Read full review.

Pam Grady: A new patient triggers a psychotherapist’s obsessions in this psychological thriller. Aiming to transition into a new career as a writer, Sibyl (Virginie Efira) follows a patient, actress Margot (Adèle Exarchopoulos), to a remote island movie set under the guise of treatment. But her real aim is to observe the young woman’s romantic travails for artistic fodder, crossing more than ethical boundaries as she enmeshes herself in Margot’s world. The exotic location entices characters and viewers alike with its promise of sensual possibility. That the island is volcanic is a telling detail: Caution! Explosions ahead! Adding an erotic jolt to Justine Triet’s provocative third feature is Efira’s fearless performance as a woman undone by memories of her past and her own transgressions.

Leslie Combemale Director Justine Triet builds her film Sibyl around star Virginie Efira in the title role, a psychotherapist alcoholic trying to redesign her life as a writer. Efira has starpower to burn, and as Sibyl is alternately hyper-sensual, disoriented, and completely in control, but the character herself has no idea where her emotions or motivations are coming from. It makes for an interesting film, especially as the self-examination and emotional honesty she attempts, and often fails at, is mirrored in the chronology and editing. Is Sibyl for real? Is she heroine or villain? Either way, she drives the story, and with the aid of other powerful female characters in various states of personal disaster that surround her, compels viewers to take the journey with her, wherever it leads.

XJennifer Merin Sibyl, French filmmaker Justine Triet’s engrossing psychological drama about a psychiatrist — the titular character, played very convincingly by Virginie Efira — who decides to walk away from her therapy practice and her patients so she can return to her first career as an author of fiction. She faces some troubling ethical issues and searing confrontations when she begins to appropriate her patients’s intimate stories and their neurotic behavior for her novel, and shows little restraint in acting out her own fantasies. Yes, she’s a compellingly complex character. Get set for a sophisticated multi-faceted cinema engagement. Despite the outbursts of angst that erupt on screen and flow through the film, Triet’s directorial hand is not a heavy one. As helmer and co-writer, she weaves subtle satire into the story, fondly commenting on the egocentricity of her characters and their vapid needs. The acting ensemble is terrific, as are all the crafts.

Sandie Angulo Chen: Justine Triet’s French drama Sibyl is a compelling character study (within a character study) that benefits from Virginie Efira’s riveting central performance. As the titular character, Efira plays a Parisian therapist who becomes overly attached to new patient Margot (Adèle Exarchopoulos) an up-and-coming actress in a volatile affair with her married co-star. Past traumas, addiction, and mistakes begin to blur Sibyl’s professional and personal boundaries and turn the flashback-filled film into a seductive, if occasionally melodramatic, psychological puzzle.

Kathia Woods French Writer/Director Justine Triet conceives a hybrid story that is part truth and part subjectivity. This idea is that actors give out tons of performances that influence many lives. These observations are front and center in an exquisite way in Sibyl. There are moments of sensuality and humor amongst the subplots that don’t always work. Sibyl isn’t boring but at times it is overly ambitious. Sibyl (Virginie Efira) decides to write a novel about her patient (Adèle Exarchopoulos), a young actress, who is in a professional love triangle. Sybil begins to record the sessions where Adele recounts her affair with her co-star Igor (Gaspar Ulliel) who in turn is dating the film’s director Mika (Sandra Hüller). This tabloid romance allows Sybil to focus being creative instead of excessively drinking. Naturally once these sessions turn from therapy to expose. boundaries are crossed and events follow. It’s all very French. Sibyl is left in the end with the carnage. Listening to pain is one thing, experiencing it is another.

Susan Wloszczyna: Justine Triet’s Sibyl has many faces as it focuses on its rather complicated main character, a therapist (played by Virgini Efira), who once wrote a best-selling novel and wishes to do so again. Complicating matters is the fact she has a sobriety problem and also some ethical failings when she treats a distraught film actress Margot (Adele Exarchopoulos), whose affair with her leading man (Gaspard Ulliel) results in an unwanted pregnancy. He also happens to be wed to their female director (standout Sandra Huller of Toni Erdmann fame and the most valuable player here). Ultimately, Sibyl surreptitiously tapes her sessions and co-opts Margot’s words and experiences for her book. While the attractive cast tries their best to pull off a rather tonally all-over-the-place-romantic thriller with lots of steamy scenes, the editing is rife with flashbacks that never quite cohere into what seems to be an attempt at a pseudo-Hitchcockian farce, one that would be beneath the likes of Brian De Palma as the female cast steps in each other shoes. That is especially true when Sibyl finds herself called to the set to help her client and ends up behind the camera directing a passionate encounter. While intriguing in parts and somewhat kept afloat by its cast, Sibyl basically is a tepid soap opera that allows any tension that builds to dissolve into shoulder-shrugging nonsense.

Cate Marquis In French filmmaker Justine Triet’s addictive psychological drama Sibyl, a psychologist (Virginie Efira) decides to give up her practice to pursue her earlier passion to be a novelist. As she sends her clients off to other therapists, she makes the unexpected decision to accept a new client, a young actress in crisis. While the therapist grapples with her own long-buried emotional issues, the would-be novelist strays into ethically-questionable territory by mining the actress’s dramatic situation for her novel as she finds herself drawn further into her new client’s life against her better judgment. Director Triet crafts an intriguing, complex tale of ethical line-crossing, personal and professional crisis, and in expected twists in this gripping human drama.