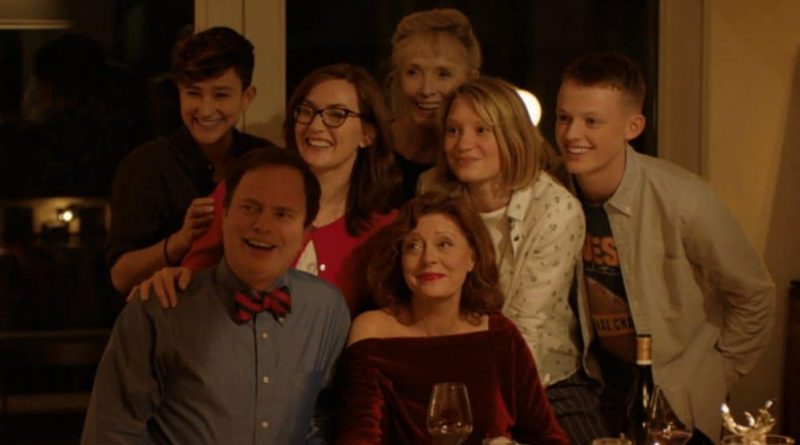 This right-to-die soap opera is given to the usual bickering, inside jokes, revealed secrets, shared memories and recriminations that happen with most family gatherings. Like the 1983 classic, wine is consumed, a joint is passed, charades is played, spontaneous sex is had and memories, good and bad, are revisited.

Just to make it interesting, the attendees are requested to act like it is Christmas time, complete with a rib roast meal with all the fixings, a chopped-down pine tree, ornaments, a roaring fire and, of course, presents.

But this remake of the 2014 Danish film Silent Heart directed by Roger Michell is most notable for the clan’s picturesque Connecticut beach house, whose swank décor is far more interesting than the dialogue that pours out of the mouths of the stars onscreen.

The only thing keeping this often trite melodrama afloat is its dream ensemble. The always-terrific Susan Sarandon could nail her ailing Lily in her sleep as she indulges in gallows humor and touching moments. Sam Neill attempts to flesh out his supportive husband role, but most of the time he is either pouring vino or making food. Meanwhile, Kate Winslet is forced to hide her usual iridescent glow as judgmental Jennifer, the couple’s older daughter, by donning clunky glasses and barrettes in her mousy brown hair.

As younger sibling Anna, Mia Wasikowska is a sort of rudderless black sheep who brings along her much-cheerier nonbinary partner (Bex Taylor-Klaus). Maybe the most intriguing character is Lindsay Duncan as Lily’s oldest friend, an outsider who avoids most of the feuding. If you like these actors, it might be worth your time to be amongst them. Given that we are very much still caught up in a deadly pandemic, the theme is rather timely. But don’t expect to get any real insight about whether an ailing person should be able to decide for themselves whether it’s their time to go.