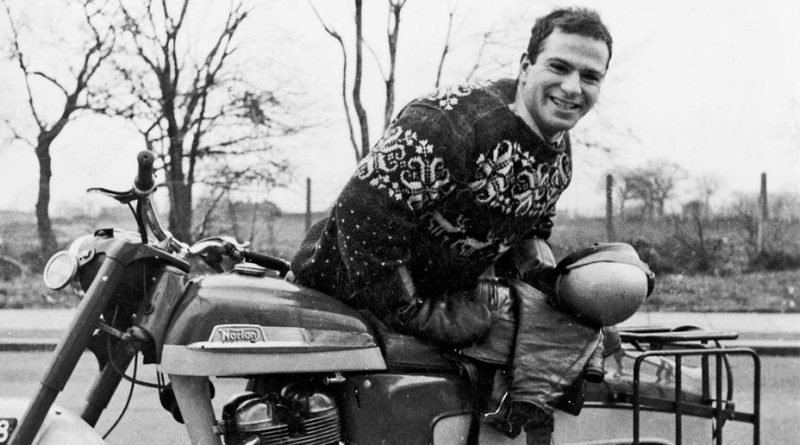 Gobbling amphetamines and flirting with death on a motorcycle is a standard chapter in many a rock ’n’ roll memoir. It’s a tad unexpected in the history of revered British neurologist and author Oliver Sacks.

Oliver Sacks: His Own Life is an engaging and moving account of a truly extraordinary life. Sacks wrote extensively about unusual brain disorders based on his observations of, and his remarkable relationships with, his patients. He is the author of Awakenings, The Man Who Mistook His Wife For A Hat, An Anthropologist on Mars and The Mind’s Eye, among many others books; when Awakenings became a movie with Robin Williams 30 years ago, Sacks became known to a wider public and, ironically, was finally accepted by other neurologists.

As archival footage in Oliver Sacks: His Own Life makes abundantly clear, Sacks’ work with patients who were in catatonic or parkinsonian states due to the 1920s epidemic of sleeping sickness was revolutionary. The use of L-dopa returned ‘frozen’ patients to life, at least initially; Sacks’ interaction with his patients was just as much a part of this breakthrough as was the treatment. His capacity for empathy is mentioned many times by friends and colleagues. That empathy and a hefty self-destructive streak in his youth put him on a particular career path.

The film delves into his childhood and the trauma of an older brother who was diagnosed as schizophrenic at age 15. Then came Sacks’ own trauma of being called “an abomination” by his beloved mother, when she found out he was gay. Their relationship was more or less repaired with time, but Sacks had plenty of reason to move to the U.S. and a new life when he did so in the 1960s.
The sort of personal freedom he was after remained elusive most of his life.

In the U.S. he began a foolhardy period of speeding on speed — dining on drugs and racing around on a motorcycle. Always a brilliant student, Sacks had hoped to be a research scientist, but he was so addled by an amphetamine addiction that he was sent off, almost as punishment, to see patients instead. So began his life’s work. As he had immersed himself in science as a child, Sacks immersed himself in writing as an adult. During the work with catatonic patients he describes in Awakenings, Sacks started to carry a tape recorder and camera to record patient progress and hear their stories in detail. With the 1985 publication of The Man who Mistook His Wife For A Hat in 1985, Sacks became famous.

Director Ric Burns ties together the disparate elements of this life with the help of Sacks’ friends, colleagues and fellow scientists and writers. Among the people interviewed for the film are Temple Grandin, who talks about Sacks’ understanding of Asperger’s, and artist Shane Fistell, who has Tourette’s and likewise addresses Sacks’ uncanny ability to see the world through his eyes.

The last chapter of Oliver Sacks’ life involved important personal and professional change. In his 70s he fell in love and began a relationship with the writer/photographer Billy Hayes. And, at last, contemporary neurology caught up with him and his work on consciousness; renowned neurologist Christof Koch is one of several interviewees who talks about Sacks’ contributions. When his cancer diagnosis came, Sacks wrote about facing the end in a piece for the New York Times called My Own Life; he states that his predominant feeling was one of gratitude, “To have been a thinking animal on this beautiful planet.”

Oliver Sacks: His Own Life is a fascinating story well told and you need know nothing about the man to be completely engaged by the movie. It does seem safe to predict a sudden increase in sales of Sacks’ books after the documentary is released.