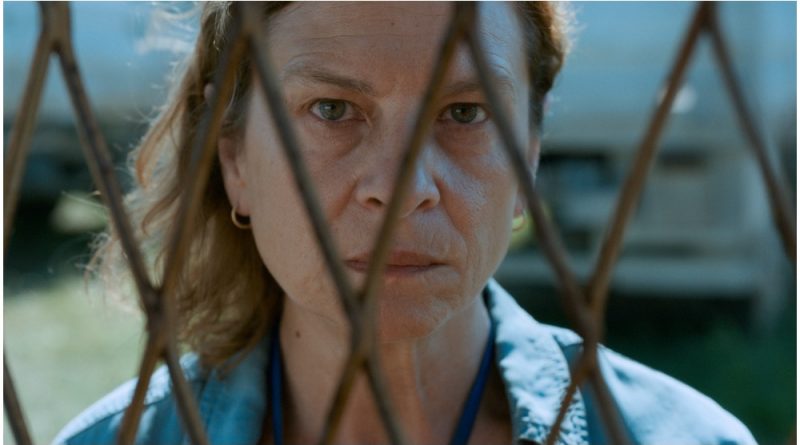 Bosnian filmmaker Jasmila Žbanic has built a career around telling stories about the people from her homeland. Movies such as 2006’s Grabvica (which won her the Golden Bear at Berlin), 2013’s For Those Who Can Tell No Tales, and her most recent feature Quo Vadis, Aida?, Žbanic has often focused explicitly on the Bosnian war that ran from 1992 to 1995, particularly the conflict itself and its aftermath. Always in these films, however, her eye is on the human experience of war – particularly that of women – and as such acts as a determined critique of the culture of denial that has plagued Bosnia and Herzegovina in terms of the true scale of the atrocities that took place during this conflict.

In this context, to describe Quo Vadis, Aida? as distressing is somewhat of an understatement; focused explicitly on the Srebrenica genocide that occurred in July 1995 – in the now notorious mountain town in the Republic’s east, the massacre took the lives of at least 8000 people. Through the eyes of Aida (Jasna Djuricic), a local woman who works as a translator for the United Nations, we are immersed in the terror, chaos, and anxiety as this notorious moment of history unfolded. Despite the UN declaring Srebrenica a safe area and attempting to make it a demilitarized zone, the Serb Army – under the control of war criminal Ratko Mladić – captured the town, forcing up to 25,000 refugees to gather at the Dutchbat headquarters of the United Nations Protection Force in Potočari. While only a few thousand could fit inside the poorly equipped interior of the supposedly secure building, the rest were left locked outside, waiting in fear of the approaching Serb army. What followed is one of the most horrific acts of wartime violence and explicit acts of ethnic cleansing that took place in late 20th century Europe, sparking a lengthy post-war investigation that cast a harsh light on both the perpetrators themselves and the bureaucratic and ethical failures of the United Nations itself.

Yet as Žbanic’s film makes explicit from the outset, she has taken artistic liberties in the telling of her tale. “This story is based on true events”, a title screen states early in the film. “Some characters are fictional and some scenes and dialogue are fictionalized for creative and dramatic purposes”. While some characters are clearly recognizable as being based on real people, at the heart of the film lies Aida and her family; her schoolteacher husband, and their two sons, both young adults. As a translator, Aida’s position in the film is effectively that as a woman positioned in between worlds. On one hand, she works at the heart of the action in terms of the important meetings between the two factions and attempts on the behalf of the UN to diffuse the situation. But she is also a mother, a wife, and part of the community. As the film progresses, it is through Aida that we see everything falling apart so dramatically as the UN peacekeepers increasingly begin to grasp just how vulnerable they are, what possible horrors lie ahead, and just how wholly incapable – for a variety of reasons – they are to stop it.

While good at her job and clearly proud of her role, Aida’s focus in the film is far more personal; keeping her family together and alive. She desperately tries to use her role as UN staff to achieve this, but it is a constant battle as she is considered worthy of special treatment and protection because of her job, her civilian family are not. While it would be easy to tether the UN figures in the film as two-dimensionally inept and/or villainous, Žbanic makes a conscious effort to underscore their plight, too, presenting a collection of characters who are ethically plotted across a far more complex spectrum of cowardice, desperation, acceptance, ignorance, inexperience, naivety and cruelty.

Žbanic treads a careful line in this film between not shying away from the precise horrors of what happened, but not exploiting or sensationalizing them, either. Through the figure of Aida – in an extraordinary, film-carrying performance by Djuricic – the nightmare of the Srebrenican genocide is experienced emotionally through our connection to her and her family as much as it is more viscerally through the shock factor and sheer enormity and intensity of the massacre itself. Quo Vadis, Aida? is a devastating, urgent and brilliant film about the Srebrenica genocide, immersing us deeply in a world of bureaucratic chaos where the human cost of a complete administrative failure is made explicit.