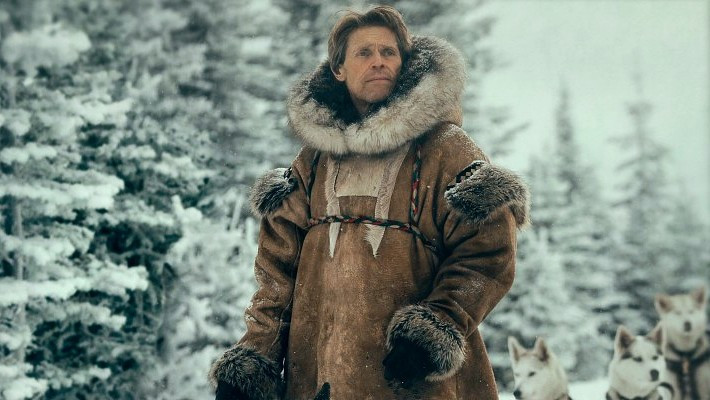 Somewhat overlooked when it first streamed on Disney Plus, this treacherous, true tale of a rugged Alaskan frontiersman and his trusty Siberian Husky is highly recommended for family viewing.

During the winter of 1925, a deadly diphtheria epidemic threatened the children of Nome, Alaska. Since a horrific blizzard was brewing, getting the necessary serum by plane was impossible. That’s when veteran Norwegian musher Leonhard Seppala (Willem Dafoe) decided to undertake the perilous journey with his team of sled dogs.

If the story sounds familiar, the harrowing, historic 674-mile run across Alaska was previously filmed as the animated film “Balto” (1995), commemorating the canine that completed the final segment and was honored with a statue in New York’s Central Park later that year.

But Balto only ran the final 50+ miles; it was heroic 12 year-old Togo who actually led for most of the journey, including crossing the frozen Norton Sound to save time. Finally in 2001, Togo got his own marble monument in the Lower East Side’s Seward Park, named for Secretary of State William H. Seward who negotiated the purchase of Alaska from Russia in 1867.

Togo was named after the Japanese Admiral Heihachiro Togo, a pivotal figure in the 1904-05 war between Russia and Japan. After his remarkable ‘Serum Run,’ Togo lived four more years, dying at age 16, in 1929.

FYI: The recitation that Seppala utters as his dogs are crossing the icy, splintering sea is a somewhat edited version of the famous St. Crispin’s Day speech from Shakespeare’s “Henry V.”

On the Granger Movie Gauge of 1 to 10, “Togo” is an exciting 8, correcting an error in the history books