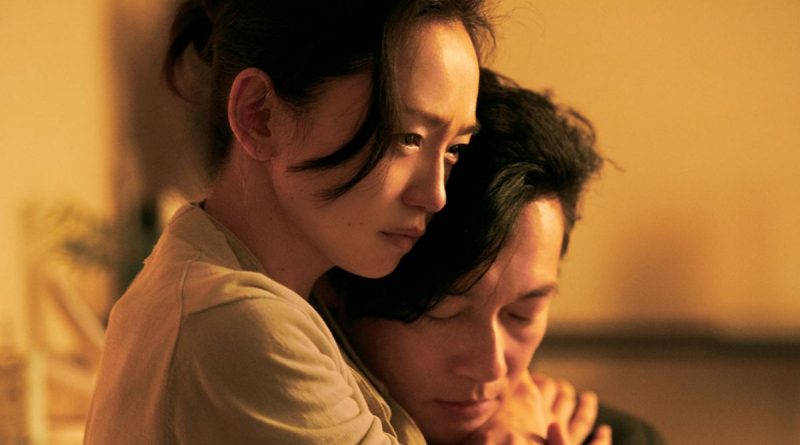 Almost every review of Naomi Kawase’s delicate adoption drama True Mothers mentions at least in passing the sensory, haptic quality of Kawase’s film style, as much a part of her authorial signature as it is in her earlier films (2007’s The Mourning Forest in particular). But here, the emphasis on ‘feeling’ is harmonized perfectly as both a physical and emotional experience; the film is punctuated very consciously it seems by a steady stream of close up shots of hands, highlighting both their gestural capacity to communicate often complex feelings without words, but also of course to form a connection with another person through the act of touch.

Playing at 2020 Toronto International Film Festival, True Mothers is first and foremost a movie about feeling in every sense of the word. Adapted from Mizuki Tsujimura’s 2015 novel, it pits Satoko (Hiromi Nagasaku), the mother of an adored adopted son, in a complex relationship with the child’s young birth mother, Hikari (Aju Makita). Kawase spends an impressive amount of energy dividing her loyalties to each woman and their predicament equally; on one hand, we feel for Satoko and her husband who are unable to have their own child, and whose lives change for the best when they adopt their little boy. But at the same time, we are encouraged to feel just as much empathy for Hikari, heartbroken and pregnant at 14, growing up to be a woman who has serious second thoughts regarding her decision to adopt.

Bar an oft-cited and bewildering criminal side plot near the end of the film, True Mothers treads a very fine line between the two competing tensions between Satoko and Hikari, never allowing us to take sides. That objectivity is clear in the films very title, the plurality of the question very much a statement rather than a question: there are two mothers, both ‘true’ in their status as the child’s mother, regardless of biology.

As hands touch faces, slam doors, twist awkwardly when held in a repressed lap, Kawase’s emphasis on the literal capacity for a multiple range of things hands can do mirrors through Yuta Tsukinaga and Naoki Sakakibara’s exquisite cinematography the multiple range of ways that we can touch and be touched. True Mothers is a sensitive, thoughtful exploration of a subject that far too often collapses into melodramatic pastiche.