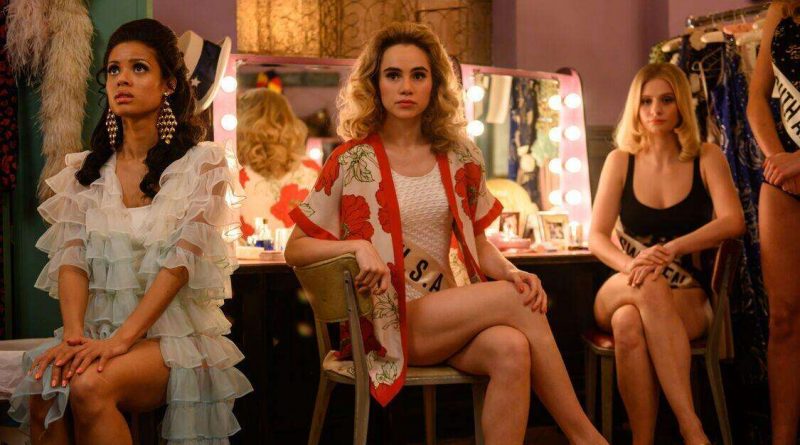 Taking factual, electrifying social/political historical events and turning them into engaging human dramas is something British filmmakers are particularly good at. Two obvious recent examples are Made in Dagenham (2010) about women workers who fought for equal pay at the Ford Motor company’s Dagenham factory; and Pride (2014) about the alliance between striking Welsh miners and London’s young LGBT community in 1984. Misbehaviour is a welcome and rousing feminist addition to this genre.

Director Philippa Lowthorpe and writers Gaby Chiappe and Rebecca Frayn use the real-life protest of the 1970 Miss World pageant in London that gave legitimacy to the nascent women’s liberation movement to spin an irresistible dramedy with at times wrenching relevance to the current social/political climate.

Reliably solid Keira Knightley plays the scholarly young mother who experiences her political awakening when she’s ignored and dismissed at university despite her brains and hard work. Knightley heads a stellar cast that includes Phyllis Logan as Sally’s loving but traditional Mum; Jessie Buckley as rebellious feminist Jo Robinson who spearheads the protest and sparks Sally’s inner rebel; Gugu Mbatha-Raw who brings unexpected power to her role as Jennifer Hosten, who competes as Miss Grenada; Keeley Hawes as Julia Morley who produces the pageant with husband Eric (played to perfection by Rhys Ifans); and the great Lesley Manville as Dolores Hope, wife of pageant host and perennial square Bob Hope (Greg Kinnear, delightful). Manville’s pitch perfect, icy delivery of one of the films many great lines — “those crazy women,” she says to her clueless husband— captures the era in all its backward but innocent glory.

Those who didn’t live through the ‘60s and early ‘70s will likely be stunned at how remarkably sexist it was, which this film nails with a piercing flourish. From Miss World’s obsession with the contestants’ measurements to Hope’s lame jokes at women’s expense, anyone with a pulse can’t help thinking about the uphill battle forged by all the early feminists — yes, Ruth Bader Ginsburg among them — to change patriarchal laws and cultural attitudes. The film’s closing credits include the real life heroines of this remarkable story. Their spirits, and those of countless others, permeate this engaging and timely film. We owe them all a debt.