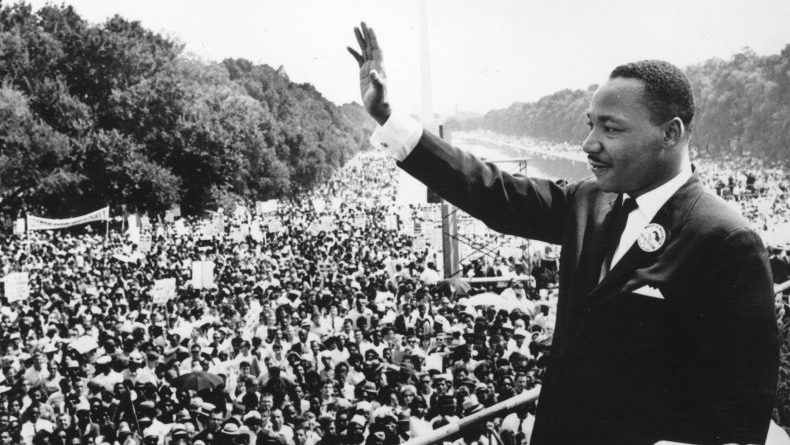 Sam Pollard’s directing career started 30 years ago with Two Societies: 1965-1968 and Ain’t Gonna Shuffle No More: 1964-1972, two episodes of Eye on the Prize, a TV documentary series about the Civil Rights movement. He returns to that era now with this vivid, thought-provoking look back at official malfeasance, the years when FBI director J. Edgar Hoover brought the formidable resources of the agency to bear on a special project: surveilling Martin Luther King Jr. in a bid to undermine and neutralize the reverend’s activism.

What makes Pollard’s film is possible is the wealth of formerly classified information that has now been made public. Hoover’s project against King was long-term, beginning in 1955 and lasting until King’s assassination in 1968. Through wiretaps, Hoover hoped to uncover dirt on King with which he could be blackmailed or discredited. King did have secrets: He was a serial adulterer. However, whatever leverage Hoover hoped to gain with this knowledge, it came to nothing. The shame was not King’s. It was Hoover’s for his racist misuse of government resources (not to mention the waste of taxpayer’s money).

To put what he learned of Hoover’s abuses in context, Pollard turns to a host of people with an intimate knowledge of King, the FBI, the era, or some combination of the three. Among the voices in the film are King confidants Clarence Jones and Andrew Young, authors and history professors Donna Murch and Beverly Gage, King biographer David Garrow, retired FBI counter-intelligence agent Charles Knox, and former FBI director James Comey.

But voices is what all of these people are. Pollard eschews talking head interviews in favor of filling the frame with archival material. The Montgomery bus boycott, the March on Washington, the march from Selma to Montgomery, the signing of the Civil Rights Act into law, and other moments, earth-shaking and intimate, are the images that unfurl on screen. The effect is arresting. The voices put King’s life and work in context, as well as Hoover’s shameful actions against him, but it is the imagery that stands out. Pollard does not just bring history to life, but King himself. There he is: living, breathing, changing hearts, minds, and society.

MLK/FBI also serves as a timely reminder. Set in a past that is rapidly receding, it speaks directly to the era we are living through now with a politicized FBI and Justice Dept. Hoover was a villain who misused his office to persecute a man whose only crime was leading the fight for equal rights. Hoover’s heirs are still at it, with more sophisticated surveillance equipment and more targets, people who wear bullseyes on their backs simply for advocating for justice and change. It is institutional behavior that was and is the nation’s shame.