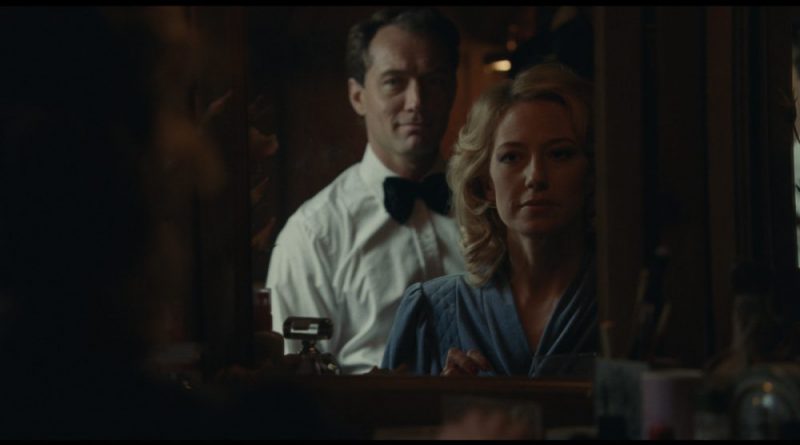 Despite its painstaking construction and the avid actors inhabiting it, writer-director Sean Durkin’s sophomore film “The Nest” is ultimately an empty and overly feathered affair.

The auteur, who broke out with the acclaimed 2011 psychological drama “Martha Marcy May Marlene,” has recruited two of the best actors working today to roost in “The Nest”: Jude Law (the “Sherlock Holmes” series) and Carrie Coon (“Gone Girl”). They soar to fantastic performances in Durkin’s painfully slow and overly elaborate film, but that’s hardly a surprise. Both standouts in the Marvel Cinematic Universe – Law played “Captain Marvel” foil Yon-Rogg, while Coon chewed scenery as Thanos henchwoman Proxima Midnight – they have a penchant for taking even small, relatively thankless roles and turning them into something special.

In Durkin’s 1980s-set drama, they play Allison and Rory, an affectionate but troubled couple who seem to be living the upwardly mobile American dream. She’s a horse trainer and he’s a commodities broker who one day announces that his financial prospects have dried up in the USA and he wants to return to England, where he plans to reunite with his former firm.

Allison is reluctant and skeptical; this is their fourth move in 10 years and will involve packing up and moving Samantha (Oona Roche), her teenage daughter from a previous relationship; Benjamin (Charlie Shotwell), their 10-year-old son; and Richmond, her prize thoroughbred stallion, across an entire ocean. But this is the ’80s and her mother (Wendy Crewson) urges Allison to leave the worrying to her husband, who goes ahead to find a place for the family to live in his native country.

Rory rents an ancient and sprawling country mansion that it quickly becomes clear they can’t afford. But they can’t really afford anything: It’s obvious that Rory is a high-class, sweet-talking, get-rich-quick-schemer who cares about nothing more than becoming fabulously wealthy – or at least spending money like he is.

Long past holding onto any illusions about her husband, Allison works hard at her job, keeps a stash of cash hidden and quietly seethes and chain smokes over her spouse’s skeevy masquerade.

Durkin exactingly constructs these potentially dynamic characters, roosts them in a new environment, but then seems to have no idea what to do with them. Rory does his desperate yuppie thing, and the only suspense is just how hard he will hit bottom – and how big the blowup will be when Allison finally loses patience with the blatant rubbish he’s shoveling. Of the two, her character is much more intriguing to watch – the ill-used wife pushing back against societal expectations of submissiveness – and when “The Nest” leaves Coon, it loses altitude quickly.

Despite the best efforts of his leading pair, Durkin’s “The Nest” never produces any substance to live within a promising setup.