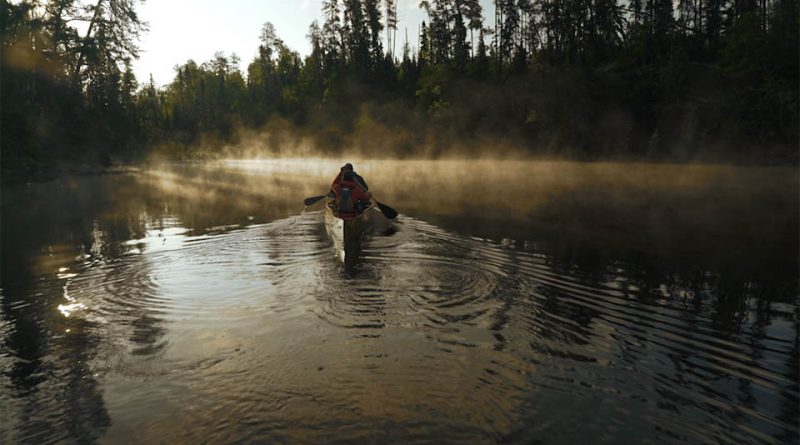 More than 100 years ago, President Theodore Roosevelt signed the Antiquities Act to protect America’s public lands and public waters. These are unique to this country, and most presidents — except Nixon, Reagan, and George HW Bush — used their authority to protect the act and the lands and water.

This act’s properties — 640 million acres — are under threat and exploitation, as seen clearly and infuriatingly in the riveting documentary, Public Trust. This is one issue wholeheartedly supported by both parties.

The director of Public Trust, David Garrett Byars, with executive producers including Robert Redford, begins softly with his and Drew Xanthopoulos’ cinematography of sweeping shots of canoes in water and of clouds over red rocks and green trees. Then, going harder, Byars interviewed whistleblowers turning against the brazen Trump Administration, including Ryan Zinke. He was replaced as Secretary of the Interior by David Barnhart, who is moving the office into a building with Exxon.

Among witnesses for the public trust are journalist Hal Herring, who traded his gun for a laptop, and Terry Tempest Williams, looking serene as a queen while being furious. Spencer Shaver strongly defends the Boundary Waters Wilderness. Terribly moving are tribal elders and members of First Nations.

Angelo Baca, a Navajo/Diné filmmaker, honors his elders for the grace they model for him to rein in his anger. Bernadette Dementieff, a Gwich’in, fiercely fights for the Porcupine Caribou in the Arctic National Wildlife Refuge.

These citizen activists are juxtaposed in the documentary and in newsreels against rapacious members of industry, who want to extract oil and gas from the earth. Byars documents efforts by states to privatize public lands and push-backs from citizens determined to retain rights for all Americans. Through solid research, “Public Trust,” provokes thought about the environment and culture. As a documentary, “Public Trust” takes a side with vigor and heart — and gorgeous scenery. Just don’t miss the information cards preceding the credits.