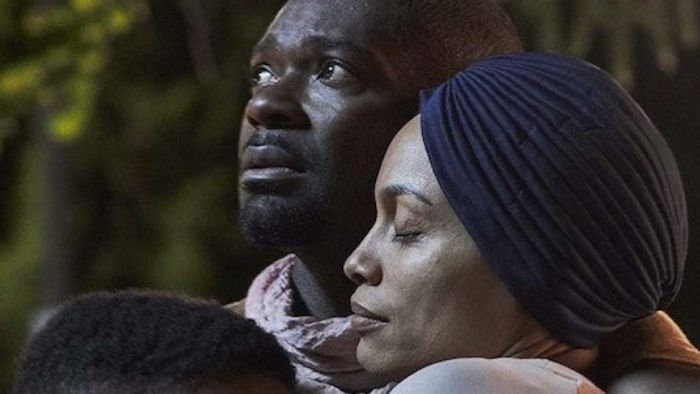 There was magic at the Toronto International Film Festival when actor David Oyelowo’s directing debut The Water Man made its world premiere. A family drama with a precocious young boy at its center, this Oprah Winfrey-executive produced film is full of equal parts of wonder, charm, and heart.

Written by Emma Needell – her first feature screenplay – The Water Man is the story of Gunner (Lonnie Chavis, This Is Us), a newcomer to rural Pine Mills. A precocious artist with a vivid imagination, he spends his time hanging out at the local bookstore or happily occupied writing and drawing a graphic novel, a noirish tale in which a victim investigates his own murder. Gus’ interest in the outré extends beyond his own work and when he overhears troubled teen Jo (Amiah Miller) claiming to have seen the Water Man, a local legend said to possess the secret to immortality, his interest his piqued.

That Gus’ mother Mary (Rosario Dawson) is ill only deepens his interest in the myth. When eccentric Jim Bussey (Alfred Molina) confirms the existence of the Water Man and fills Gus in on the details of the decades-old story, the child puts his faith in it. Partnering with Jo, the pair take to the woods in search of the Water Man, with Gus convinced that the key to finding a cure for his mom lies with the success of their mission. That the forest might hold dangers does not dawn on either kid; Gus is obsessed with their quest, and the adventure is a distraction for Jo.

While Mary is the parent that Gus has bonded with most fiercely and her illness is responsible for much of what ensues in The Water Man, it is really a story about fathers. Oyelowo takes the role of Gus’ dad Amos. A former military officer, he simply doesn’t get Gus or his interest in art, music, and storytelling. Theirs is a tense relationship, more so now that Mary is sick. Torn up with worry, Amos has even less patience than he might normally have with his offspring. It is a perceptive portrait of a loving but troubled relationship, one beset by generational and personality differences, made even more complicated by Mary and Amos’ attempts to shield Gus from harsh reality.

Oyelowo has a sure touch with his actors, coaxing strong performances from all, but what is most impressive is his handling of The Water Man‘s visual elements. He employs animation at key moments in the film, to bring Gus’ graphic novel to life and also to illustrate Jim’s telling of the Water Man legend. Visual effects add both enchantment and suspense to Gus and Jo’s trek through the woods. The director is an efficient storyteller, the film clocking in at a slim 92 minutes. Not a second of that is wasted in this impressive debut.