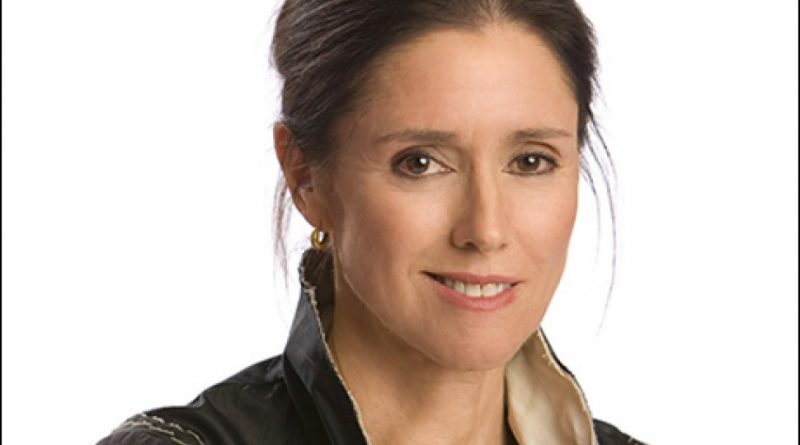 Julie Taymor has been making films in Hollywood since way before the recent uptick of (finally) hiring female filmmakers, so she knows a thing or two about fighting, or perhaps better to say, subverting the patriarchy. Her new film The Glorias takes audiences through the life (so far) of political activist, writer, and feminist organizer Gloria Steinem. Given the p*ssy-grabbing hot mess America has become in the last 4 years, the film is landing right on time. Only a week ago, I went to the store and mentioned to the 20-something female check-out cashier that I was a film critic and had just seen a film about Gloria Steinem, and she had never heard of her. I discussed The Glorias and importance of Steinem’s work with writer/producer/director Taymor, and she offered some great insights.

Leslie Combemale: Young women seem to forget where we’ve been and where we might return if we aren’t all paying attention. We really are all in this together.

Julie Taymor: I think that young women take for granted Roe v Wade. They take for granted so many things about equality in the workplace. If you watch The Glorias, you watch the very challenging, difficult times when women didn’t have the rights to do many things and were treated sub-humanly. I think that Gloria’s love of all kinds of people, and her experience of working with Flo Kennedy and so many other important voices for women has such power. The movie The Glorias is called that, not just because there is more than one Gloria in it, but because it’s really about all the women. It’s about the love stories between the women who she worked with. This is about women loving, working, supporting other women. It’s not a bunch of catty, fighting people, which you see all the time in television, where women are against women and competing, not at all.

LC: Do you believe in the idea of the female lens, and if so how has it been brought to bear by you in The Glorias? How is the creative force of the feminine at work in the film?

JT: A woman telling this story is very critical. I’m not afraid to also get into a lot of aspects, where men, out of political correctness, they wouldn’t want to deal with, like sexuality and the physicality of women, but women are multidimensional, can be many things at once, and we can do it all. Why not? We can both wear a fabulous miniskirt and still be smart and still be out there campaigning for the rights of all people. I had a great time with all the women. It was just a ball to do. We had fun but we also really shared our experiences, whether it was abortion, sexual harassment, and so many things. I am a woman and therefore I bring my lens to this film, but I also have my own unique way of seeing things. If you’ve seen Frida or Across the Universe, you’ll see my flights of fancy that may not be what any director does, let alone women.

LC: Collaboration is the opposite of patriarchy. You had a very powerful, artistic, and gender balanced collection of collaborators in your department heads.

JT: I’ve worked with (Director of Photography) Rodrigo Prieto two other times, on Frida and Midsummer Night’s Dream, so he is my go-to. I don’t care what gender he is. He’s wonderful and I adore him. For costumes, I’ve worked with Sandy Powell before, and you don’t get better. I told her that it was low budget and that there were 1500 extras, and told her she’d really have to strap it in, and she said she couldn’t wait to do it, because she had just done a Scorsese film and as you know there are not that many women in his movies. The Glorias offered the opportunity to play with decades of costumes, and it was a lot of work, but there were crazy, beautiful garments. Gloria really had a fantastic wardrobe, as did Bela Abzug and Flo Kennedy. I had never worked with Sabine Hoffman. My editor of many of my films, Françoise Bonnot, who was a woman, had passed away and I was looking for somebody and wanted to hire a woman. Sabine’s work, I thought, was very very good, she’s a New Yorker, and we had a great time. She has the sensibility to really get the subtlety when women are saying things with multi-layered meaning. Kim Jennings is a genius. She had been an art director and had worked with Mark Freidberg, and Mark had worked with me and Kim was on the team. I went to Mark, but he was busy and suggested this was an opportunity for Kim to be the production designer, and I leapt at the opportunity. Now Kim, as a total genius artist, is who I’ll want to work with. Those are my key people. Also hair and makeup, Miia Kovero and Judy Chin who did an amazing job. I loved them all, and my producers Alex Saks and Lynn Hendee were both female. It wasn’t hard. It’s not hard to commit to having a balanced group, and mine was wonderful.

LC: Why is this movie so perfect at this moment, particularly for young women to see?

JT: We made an epic movie that covered 80 years of Gloria’s life. She’s a big story and a living hero, and with the passing of Ruth Bader Ginsberg, what the two of them were fighting for. Gloria is still fighting, because she’s alive and kicking and out there always, as she says, ‘looking for the upside of the downside’, she’s just a force of nature. Even her great line, ‘the truth will set you free, but first it will piss you off’, is so perfect and of the moment. Let’s hope we can get some more truth out there because what’s happening now really should piss everybody off. I think there are so many things in the movie, from Wilma Mankiller and understanding the power of the talking circle, and the indigenous cultures around the world that have inspired Gloria, these messages really come through loud and clear in our film. With Roe v Wade on the chopping block I think young women in particular have to see what’s on the line and they’ve got to get out there and fight like the women of the 60s, 70s, and 80s have fought.

EDITOR’S NOTE: The Glorias is available on Digital and Streaming on Prime Video starting September 30th.