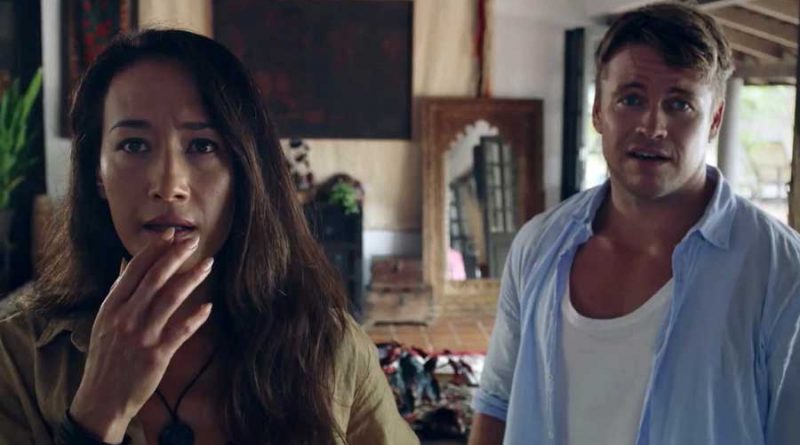 “It will be waiting for you on the other side.” An ominous beginning to a film that will stress you out to no end. Something is clearly amiss as our lovely couple wakes up late to find they and their island hotel room are covered in dirt, among other things. Missing passports and stolen luggage leave them stranded, trying to figure out what happened the night before.

Finding a video on Neil’s phone, the mystery deepens. What they see is pure horror. After being given a strange drink and an intricately carved necklace by the waitress, Neil murdered Christina. He snapped her neck. Now she is vomiting grass and dirt, spiraling through paranoia whenever the necklace comes off. Neil is oblivious, focusing mainly on a festival that has taken over the island. But the locals are keeping secrets. Continue reading on I SCREAM YOU SCREAM