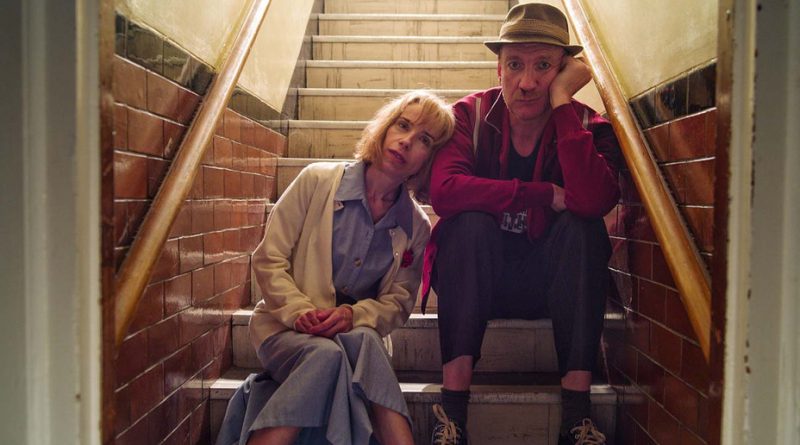 Sally Hawkins is a treasure. Her presence alone elevates any movie she’s in, giving audiences a reason to stay riveted even when the story doesn’t quite live up to her performance.

Eternal Beauty, written and directed by Craig Roberts, is a perfect example. Hawkins stars as Jane, who suffers from depression and schizophrenia presumably after being jilted at the altar many years ago but likely due to abuse by her mother (Penelope Wilton), as well.

At first, Jane comes off as simply quirky and, in her own way, endearing. There’s a fantastic scene at the beginning in which she brings her own Christmas presents to her family so they can give them to her. She opens them joyfully, gushing over the gifts, thanking the stunned givers profusely and then handing each one a receipt.

But things get darker as the voices in her head tell her to kidnap her nephew, the son of her older sister (Alice Lowe), the only person who seems to truly care about and care for her.

The movie often switches tone, from black comedy to drama to borderline horror, which sometimes makes it confusing to know what’s real. To a degree, this works because it makes us understand and feel what it’s like inside her head, but it also makes us wonder if Jane is actually a reliable narrator. One problem is that the younger Jane (Morfydd Clark) bears no resemblance to the older one, making it hard to keep the two connected.

Hawkins’ astonishing transformation into Jane may earn her a third Academy Award nomination. It’s so beautifully nuanced, it’s impossible not to ache for her and root for her to overcome her challenges.

So, when she meets Mike (David Thewlis), an aspiring musician with issues of his own, we can’t help but be wary. Their love affair has a certain sweetness but we know it will be doomed. How will Jane cope after her devastating history?

Hawkins brings such compassion to her flawed character. And because Roberts brings her to his flawed movie, it is powerful to watch. Hawkins is truly, as Jane’s therapist would say, “in her oils.”