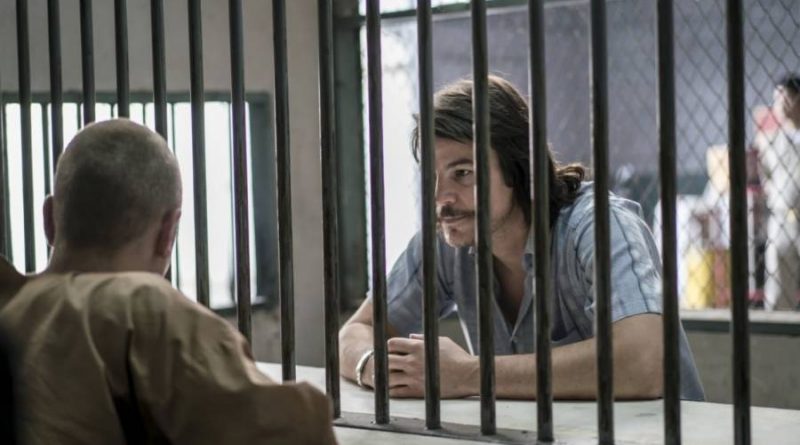 A sordid chapter in Canadian law enforcement history provides the material for Most Wanted, a new crime thriller from Quebec director Daniel Robby. (In Canada, the film is titled Target Number One.)

Bad cops, petty criminals and drug smuggling are the landscape here, with a junkie named Daniel Leger at the centre of the story.

Leger is based on Alain Olivier, a dupe from Drummondville, Quebec, who was set up by the RCMP in a drug sting and wound up sentenced to 100 years in a Thai prison. It all happened 30 years ago, when investigative journalism still existed and the internet did not; in real life, the imprisoned man’s story would never have seen the light of day except for the work done by reporter Victor Malarek, who was then working at the Globe and Mail, one of Canada’s national newspapers.

Malarek is a larger-than-life character and an award-winning reporter whose own story has been the subject of books and movies.

Josh Hartnett portrays Malarek in Most Wanted; the film moves back and forth in time between the corrupt drug operation and Malarek’s dogged work to find out the truth behind the ‘official’ police story.

Most Wanted begins in 1989 in British Columbia, where Daniel Leger (Antoine Olivier Pilon) is introduced working in a tree-planting operation. In a brief sequence that includes a phone call to his mother, Leger’s character is laid bare: he’s an addict and a minor grifter, but essentially harmless.

Leger is also a magnet for bad companions. It’s not long before he encounters a man called Picker (Jim Gaffigan) who offers him work.

What he doesn’t know is that Picker is a wrong guy connected to wrong cops, and he’s going to set Leger up as the patsy in a complicated drug scheme. It’s all organized to make the federal police look good. The corrupt federal force is led by Frank Cooper (underrated Canadian actor Stephen McHattie, suitably villainous here.)

Malarek, meanwhile, is first introduced grilling a child welfare official for a TV show, then dodging gang members who’ve turned up at the TV station to threaten him. There’s a low-key car chase as Malarek speeds away with the thugs in hot pursuit, but he’s not running away from them. He’s racing to the hospital where he’s just missed the birth of his first child — movie shorthand for a guy whose job consumes him.

The initial set-up of Most Wanted is a little disjointed, but as the trio of narrative threads — junkie, bad cops, good reporter — is braided together, the storytelling becomes fully engrossing.

The cast, which includes Don McKellar, is excellent; Antoine Olivier Pilon is a standout as Leger, conveying the man’s potential for redemption. Pilon manages a vulnerability that makes certain scenes, like those inside a Thai prison, particularly distressing.

Daniel Roby wrote and directed Most Wanted, and while the facts of the real case may be embroidered here and there, no attempt is made to amp up the banal elements of corruption in high places. Most Wanted is about some ordinary guy rotting in prison just so a handful of lacklustre cops can look good on paper. In real life and in reel, Malarek’s work exposing the deception is the biggest thing in the story.

Most Wanted was a labour of love for Roby and many years in the making. The filmmaker encountered several set-backs on the road to finishing the film, and then it was released into theatres this summer in the midst of a pandemic.

Recently, the Canadian Directors Guild nominated Roby for Outstanding Directorial Achievement in Feature Film for this picture, which strongly suggests anyone who missed Most Wanted in July might want to have a look now.