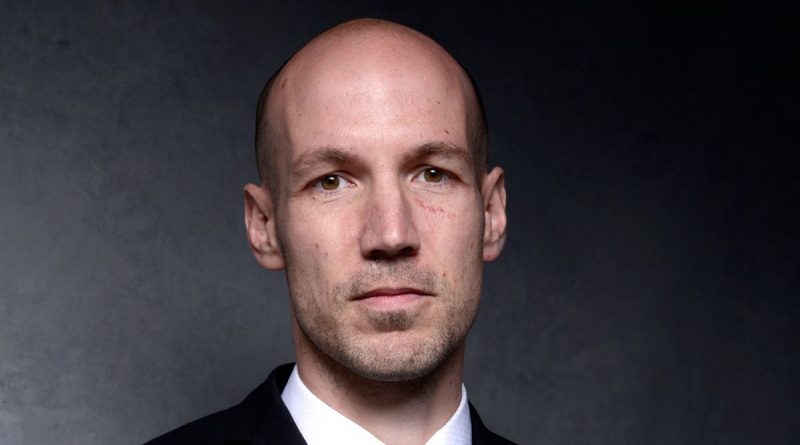 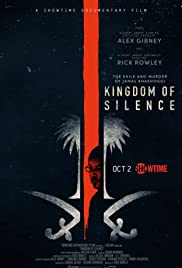 Kingdom of Silence is a new documentary about the relationship of the United States and Saudi Arabia. It is a powerful film with two unforgettably shattering scenes. In one, we see the transcript of the cold-blooded murder of Washington Post journalist Jamal Khashoggi, the killers sounding like Mafia hit men. In another the US diplomat with the longest service in Saudi Arabia, David Rundell, shrugs his shoulders when the murder comes up, calling it a small price to pay for what we get from the Saudis. In an interview, director Rick Rowley talked about making this very complicated and murky story accessible to audiences and what his top priority would be for whoever wins the Presidential election on November 3.

Nell Minow: Your film opens with a very striking image through a window and over the rooftops of Istanbul. How does that establish the themes of the movie?

Rick Rowley: To me, Jamal’s story is fascinating. It is both epic and also deeply personal. It twists together two things. It’s his personal story of transformation and redemption but he’s also the man who risked his life at the center of this whirlwind. He was not just a general figure observer. He was a participant in some of the most important events in our time that shaped our history. So, we begin inside a personal intimate space in a room in Istanbul and then fly out through the window over the city propelled into his appointment with destiny at the doors of the Saudi consulate.

RR: That’s a very large question and a great one and an essential one. The important thing to remember is that Saudi Arabia depends on the United States. For decades the US has been the security guarantor for them, we have protected and defended Saudi Arabia against a whole host of threats and Saudi Arabia knows that.

They know that American public opinion is incredibly crucial to them and they invest and spend heavily on it. That’s one of the reasons why Jamal was such a threat to them. He was not just criticizing them from a blog somewhere remote; he was writing in the pages of the Washington Post in the capital of the country that they depend on.

So they invest hundreds of millions of dollars in Hollywood and they’re linchpin investors in Silicon Valley and they go beyond that. They endow chairs at almost at all of the major Middle Eastern study departments at lead American universities, they fund the think tanks that are doing work on Saudi Arabia in Washington DC. So if you see a pundit on cable news, he’s presented as an expert who’s speaking about Saudi Arabia, but odds are that in some way or another they’ve been paid, they’ve been funded by Saudi Arabia. Their salary comes from the kingdom that they’re speaking about. With that comes a lot of coercive power. Hasan Minhaj had an episode of his show on Netflix that was critical of Saudi Arabia and the Saudis censored it from Netflix inside the country. It was a huge deal. They care deeply about this and they’re heavily invested in it.

So we were very lucky to have a partner like Showtime and Vinnie Malhotra who runs that documentary division there. He’s a long time journalist himself and cared deeply with passion about this project from the beginning and was all in any chance he got from the start. I feel very lucky.

NM: You’re making a movie about somebody who was horribly murdered for telling the truth. How do you then stay safe when you step into his shoes and carry that story forward?

RR: Well of course we were threatened and you don’t go into a project like this naively. We put in personal and operational security measures try to keep ourselves safe and we operated under the assumption that our communications particularly or electronic communications were probably monitored and we would probably be tracked. Every day we were talking to the targets of government surveillance; every day we are talking to agents of different intelligence agencies or people who might be accessed to Saudi intelligence itself and on top of that to tell their stories properly we had to go to countries and places where the dangers are heightened.

We had to go to Afghanistan and also to Saudi Arabia itself. Saudi Arabia denied us journalist visas so I had to sneak in as a tourist and film under the radar on mirrorless cameras that looked like tourist cameras. So there were definitely risks involved but it’s important to always stress that every risk we took was nothing in comparison to the risks of the people who we worked with on the ground. They’re people who don’t just fly back to New York when the shoots wrapped. There were a lot of people we reached out to who were too terrified to speak at all, there were some who spoke to us and worked only anonymously and there were many members of the crew who have to be credited anonymously at the end because of the dangers they undertook. It’s those people who are the real heroes on the front line of the struggle; the risks we took while there pale in comparison.

NM: There’s a lot of personal heartbreak in this movie but also geopolitical heartbreak. I was not familiar before with the tragic story of the attempt to create a news broadcast channel.

RR: I didn’t know about that story either. There were so many parts of Jamal’s story that were just revelatory to me along the way. We began this as a simple murder mystery and we uncovered new details about his murder but quickly saw that there were much deeper, more interesting questions, like why did the regime risk so much and who was this man who was so important that they would risk all this to kill.

After the Arab Spring in the wake of the Arab Spring, Jamal launched a cable news network funded by the most famous Saudi billionaire after they had negotiated over a long time. Unluckily for Jamal he died shortly before the broadcast started and it was on the air for a matter of hours before undercover agents showed up and pulled the plug on the network. It was shut down and it never came on again.

I think what the Saudi government realized is the incredible power of speech and media and journalism; they saw the role that media, both social media and the cable network, had in the Arab Spring. They were a massive new kind of power. They couldn’t be controlled as easily as a terrestrial broadcaster or newspaper that could be printed or not printed. It was a powerful thing and so they wanted to consolidate all of the ability to speak.

NM: There is so much here. How do you as a journalist and documentarian make the material accessible to a general audience?

RR: Jamal’s story is epic. It spans across decades and continents so carving a clear arc through all that chaos and violence is the challenge. What we try to do to make a clean storyline through it using Jamal, his personal story and his work. We collected tens of thousands of pages of his writings and also personal communications in letters and emails and texts and pictures to be chapters. Films are most powerful when the story is about people who do things and experience things. So is this to me is Jamal’s story of transformation and redemption but his personal story then becomes a road map through the secret history of US and Saudi relationship which is not openly discussed in most of the United States.

NM: The most chilling moment in the movie to me is the comment from a US diplomat that murdering one American resident is outweighed by what we get from Saudi Arabia. What do we get?

RR: David Rundell is the longest-serving US diplomat in Saudi Arabia. He’s found ways to be permanently stationed there practically so from his perspective and from the perspective of people who championed this relationship from the beginning, Saudi Arabia is a vast pool of global energy reserve. The US now is producing more oil and is an exporter but Saudi Arabia stabilizes the global economy through its oil production he would say. It also has been our ally in the region forever. I would say and many people would say and Jamal would say this relationship is in need of recalibration. Our toxic alliance with Saudi Arabia has drawn us into and has contributed to some of the biggest disasters over the last decade and that is something that we need to re-examine now.

NM: What would be your top recommendation for action following the election on November 3?

RR: The number one thing would be to end the war on Yemen. Right now with direct US support Saudi Arabia is committing what the United Nations calls the worst humanitarian atrocity on the planet, the indiscriminate bombings of refugee camps, UN facilities, hospitals, weddings. They’ve killed tens of thousands. They’re starving millions to death, killing hundreds of thousands of children in a war that is pointless and that they’re never going to win and they’re doing it with American support. I hope that if there is a regime change here stopping that war would be taken up again and will be finally implemented because we’re all implicated in that and it’s a horrific crime that we’ve been made accomplices to in through this toxic alliance.