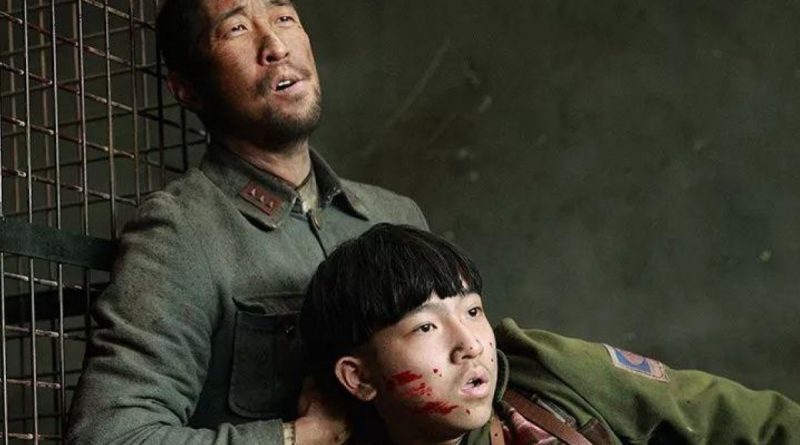 The Eight Hundred captures a grim 1937 historical battle for Shanghai.

Chinese director Guan Hu tackles one of the most brutal and iconic battles in The Eight Hundred. Based on historical events relating to the battle for Shanghai, four hundred Chinese soldiers, known as the Eight Hundred Heroes, greatly outnumbered by Japanese forces, fight for four days to hold the Si Hang Warehouse, protecting Chinese soldiers retreating westward.

It’s October 1937, as director of photography Cao Yu swoops and tracks with his camera through the fields leading to Shanghai. The energy generated in this early scene seldom abates, with dozens of soldiers racing, sometimes chaotically, up and down, right and left, over each other and their enemies through brutal warfare. For Commander Xie Jinyuan’s exhausted, battle weary force must hold the Si Hang Warehouse to provide that desperately needed safety buffer or even more devastation will follow with Chinese territory lost.

In addition to being outnumbered as they fight to certain death, all is not well within the group itself. Deserters have been caught and will pay the ultimate price; food is, of course, practically nonexistent; fire, toxic gas, and explosions prevail; and, as a profound insult, across the Su Zhou River, Americans, Europeans, other foreigners as well as local citizens pursue an insulated life, observing but mostly unsympathetic to the tragedy unfolding.

Rermarkably, given the depiction of the battles in realistic, and therefore, gruesome detail, the film focuses on individual soldiers and their personal stories: a farmer, his uncle and a younger brother; a handful of experienced veterans; an analytical fighter; a professional soldier; a journalist; a photographer both welcomed and scorned; among others. Across the river, a professor, a casino manager, young and middle-aged business people hold forth. The raising of a national flag energizes one of the most gut-wrenching, dramatic scenes. And all of this is introduced by voiceover narration of a seven-year-old who watched horrified from across the river on those days.

The music fortifies the drama, the fast-paced editing contributing as well, though there’s little need for added power. For one of the most expensive Chinese war epics, the first shot in digital IMAX, the crew built the locations to scale. The benefit is a quite overwhelming, palpable realism. The Eight Hundred has proved extremely popular internationally earning over $300 million. Primarily in Mandarin with English subtitles, The Eight Hundred is showing at select cinemas. Check listings for upcoming availability on various platforms.