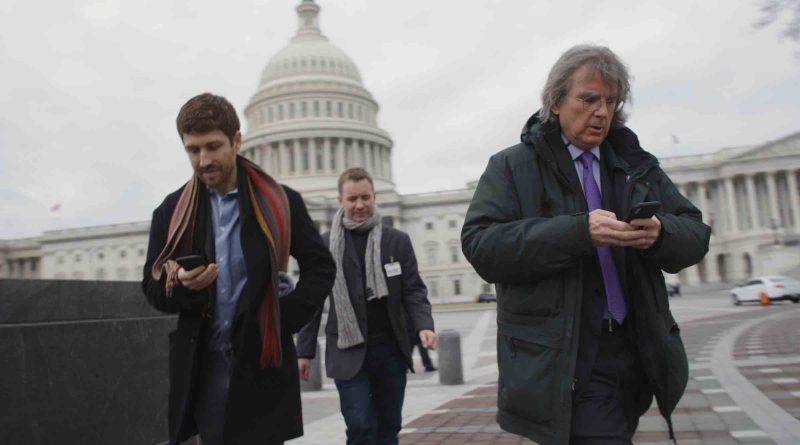 Not to be confused with The Social Network, this timely new documentary explores the insidious addiction to social media that many of us face, particularly those born during the late 1990s and after.

As the logline says, “We tweet, we like, and we share – but what are the consequences of our growing dependence on social media. As digital platforms increasingly become a lifeline to stay connected, Silicon Valley insiders reveal how social media is reprogramming civilization by exposing what’s hiding on the other side of your screen.”

Director Jeff Orlowski (Chasing Ice, Chasing Coral) devotes much interview time to Roger McNamee, formerly a Google design ethicist and now head of the Center for Humane Technology, a nonprofit whose mission is to “reverse human downgrading by realigning technology with our humanity.”

Harris clarifies how and why social media’s manipulation is so malevolent – addicting and isolating users while harvesting their personal data – explaining, “If the service is free, then you are the product.”

There’s also a fictional re-enactment of a suburban family’s battle against social media addiction, focusing on the daughter’s obsession with her looks and the son’s tendency to withdraw and become anxious/depressed. It’s contrived but effective.

From that segment comes a new clinical term “Snapchat Dysmorphia,” pertaining to people who seek plastic surgery to look more like the filtered/altered image they see online.

And be sure to stay through the credits for clear, simple rules that concerned parents can adopt.

On the Granger Movie Gauge of 1 to 10, “The Social Dilemma” is a cautionary, relevant 9 – a MUST SEE!