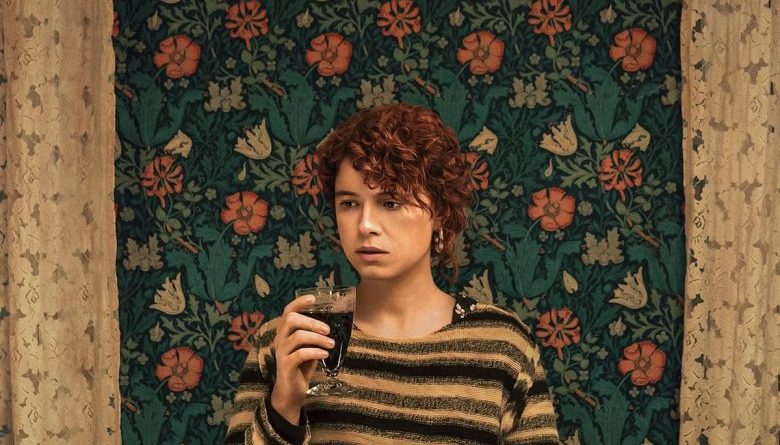 While writer/director Charlie Kaufman’s films –Syndoche, New York, Eternal Sunshine of the Spotless Mind, Being John Malkovich and Adaptation – are, admittedly, an acquired taste, his latest venture into dual identities and dreamlike realities is his most eerie, abstract and confusing.

Based on Canadian writer Ian Reid’s 2016 novel, it begins with a young poet/physicist, Lucy (Jessie Buckley), uttering that phrase while her boyfriend, Jack (Jesse Plemons), drives her to meet his parents. There’s an impending blizzard as Lucy evaluates the uncertainty of this current romantic relationship.

Periodically, the scene shifts to an elderly high school janitor (Guy Boyd) who is contemplating suicide. As it turns out “Jake” is an idealized version of his younger self. It’s a vague point but its veracity is glimpsed as Lucy removes some of the janitor’s blue uniforms from the washer/dryer in the basement.

Meanwhile, throughout the narrative, there are allusions to Rodgers & Hammerstein’s Oklahoma. The janitor enjoys watching a high-school production of the popular musical, including the bizarre dream ballet sequence spilling into the deserted hallway.

Perhaps the symbolism of that dance is the key to understanding Charlie Kaufman’s elusive doppelganger concept because Jake has been pretending he’s someone else and the Oklahoma reference, plus Jud Fry’s warbling Lonely Room, serves to eliminate that delusion.

Sprinkled into the dialogue are lengthy quotes from poet Eva H.D. and film critic Pauline Kael, along with a debate about the lyrics to the song Baby, It’s Cold Outside. Then the film concludes with Jake reciting the Nobel Prize acceptance speech delivered by schizophrenia-afflicted economist John Nash in Ron Howard’s Oscar-winning A Beautiful Mind (2001).

On the Granger Movie Gauge of 1 to 10, I’m Thinking of Ending Things is a frustrating, fantastical 5. You’ll need a lot of patience to sit through it