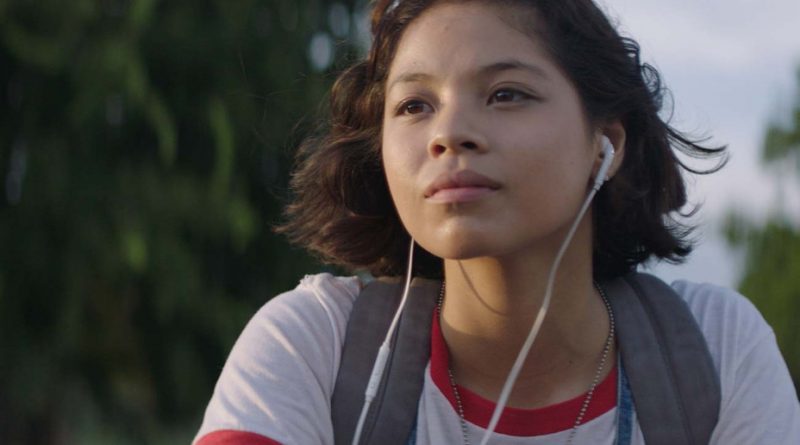 There is so much to like and admire about Diane Paragas’ debut feature, Yellow Rose it’s hard to know where to begin. Let’s start with the casting: Eva Noblezada, a Tony Award nominee for her performance as Kim in the 2017 revival of Miss Saigon and again last year as Eurydice in Hadestown, makes an impressive film debut as aspiring country musician Rose Garcia. She’s a 17 year-old Filipina living on the margins in a Texas motel where her mother Priscilla (Princess Punzalan) works as a chambermaid. The threat of deportation hovers over Priscilla’s life and clouds the future for Rose, despite her good grades and creative spark. There’s another casting coup in the film, that of Lea Salonga who originated the role of Kim in Miss Saigon on Broadway and won a Tony. Unfortunately she doesn’t sing here but has a supporting role as Rose’s estranged aunt Gail who reluctantly takes Rose in after her mother is taken away by ICE agents in a wrenching scene.

Rose soon flees Gail’s unwelcoming home for the Broken Spoke honky tonk in Austin where she’s taken in by the gruff but maternal manager Jolene (Libby Villari) and mentored by the gruff but kindly country singer Dale Watson, playing himself. There’s some predicability as Rose struggles with her mother’s absence and with her budding music career. But Yellow Rose is also full of powerful surprises from its gritty depiction of the tension and trauma for immigrants living and working in the US without the benefit of citizenship to the exhilaration when Rose belts out a song at the Broken Spoke. The film beautifully captures the struggles of a young woman to find her voice and a sense of belonging in an often hostile world as it celebrates the joy of making music and its power to provide hope.