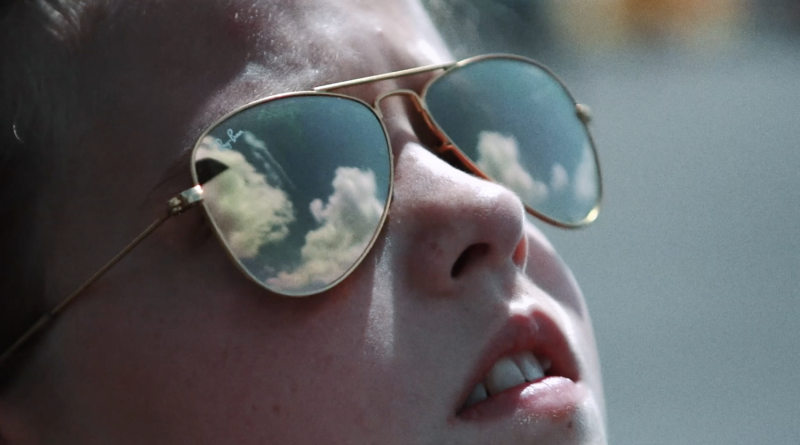 “Flying is so beautiful and different from daily life.” -Abigail Harrison, Aspiring astronaut and founder of The Mars Generation

“The airplane doesn’t know the difference if you are a man or woman.” – Aerial Acrobat Champion Patty Wagstaff

“You have permission to engage.” – Combat Pilot Veteran Vernice Armour

“Why would we limit ourselves to just half the population?” – Sen. Tammy Duckworth

Misogyny and misconceptions about women abound in every walk of life, especially in the field of aviation. Societal stigma about STEM programs and educational gaps for women and men are part of the percolating conversation in filmmaker Katie McEntire Wiatt’s informative documentary, Fly Like A Girl.

We—the American collective—are losing out on not encouraging our young women to go for it. Fly Like a Girl is an entertaining audio and visual history and inspirational testimony of women in aviation, and all of their contributions. It takes a hard look at why many young girls don’t see themselves in aviation / STEM related fields.

From our heroic WWII WASPS to young women hell bent on flying, the love of aviation is apparently one that gets its hooks into you deeply if you let it, and are given the chance. Chance is the key word here as many women never are given that considering the hard to break in boys club of aeronautics, space travel and combat flight.

Only three percent of the world’s pilots are women. American women make up approximately six percent of the pilot population. This film shines a light on this inequity and the burgeoning steady rise of female interest and a look back at the groundbreakers in all aspects of aviation and military service that involve aircraft.

Even now the barriers still exist for women. The narrative—according to Wiatt’s direction in this film—needs to be rewritten and challenged so that girls and women can see beyond what society expects of them.

For decades, women were the eye candy part of flying. The Stews were viewed as a glamorous perk for an event that allowed smoking, real cutlery and a sense of sexy adventure. Girls weren’t groomed to be pilots or even astronauts, boys were. Girls had weight requirements to fly as employees serving passengers. Boys had the opportunity to command.

Wiatt’s well-crafted documentary is a collection of first person accounts from enthusiastic everyday kids with STEM interests to established pilots and astronauts. Her experience as a former primary school teacher seeing first-hand the gap that young female students faced with STEM subjects combined with her own growing awareness of historic female aviators was all the fuel she needed to create this documentary.

Notable interviews include Senator and aviator Tammy Duckworth who shared her path to flight school and three time Acrobatic champ Patty Wagstaff who knew the daring stunts were her calling. Also we learn that NASA astronaut Nicole Stott was immersed early on, an airfield brat who grew up around planes and fell in love with the engineering aspect of flight.

But it is the recollections of Vernice Armour, a COBRA combat pilot who joked early in her interview that, “Black people don’t fly” which will have you on the edge of your seat. Her live mission air support play-by-play of a real time combat rescue of trapped fellow marines pinned down in a skirmish is emotionally resonant and damn near heart stopping. For this anecdote alone, the film should be a mandatory curriculum lesson for all students to learn about what service to our country truly means.

Also notable interviews with Shaesta Waiz, (SOAR founder) the Afghan pilot who flew solo around the world in a single engine is not to be missed, Her efforts and bravery are examples for all, and now she serves as an ambassador all over the world inspiring girls to look upward and dream big.

The gamut of airflight piloting is covered, NASA astronaut programs to commercial aircraft work, with an emphasis on the message that women can be competent and excellent fliers who can handle the equipment and navigate with as much mental strength and tenacity as any man.

As Vernice noted in the film, they are all standing on the shoulders of trailblazing women like Bessie Coleman, an African American pilot who had to leave her own country and go to France to get the chance to fly.

Passion comes when you find something that you truly love to do. The message in Fly Like A Girl is clear, do not be afraid to be the first or let someone else put an idea in your head that prevents you from exploring all your options in this life.

And for that encouragement, this film soars above the pack.