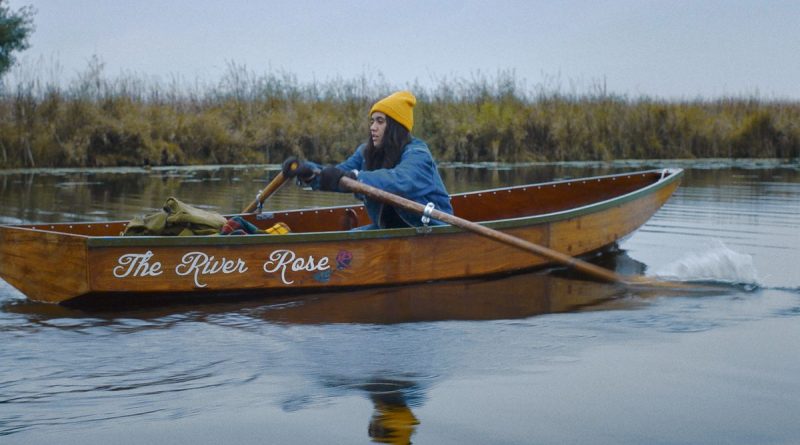 Adapted from Bonnie Jo Campbell’s 2011 novel of the same name, Once Upon a River is set in 1977, but it also feels somewhat timeless. The fashions and decor fit the specified period; however highlighting the chosen era isn’t among first-time feature filmmaker Haroula Rose’s main objectives. Instead, as she tells the tale of Native American teenager Margo Crane (Kenadi DelaCerna), the traumas that plague her adolescence and the people the 15-year-old meets, the writer/director is far more concerned with the continued resonance of her protagonist’s experiences. Because inequality, especially based on race and gender, is hardly a relic of history, there’s much about this coming-of-age story that’s relevant to the country’s past, present and future — and, as it follows Margo on a her journey down the Stark River, the sense that this story will keep playing out countless times laps at its core.

In lyrical opening narration, Margo tells viewers about the tumultuous year that precedes the film, with her mother Luanne (Lindsay Pulsipher) unexpectedly leaving her father Bernard (Tatanka Means) and not bothering to get in contact even once since. Comfortable with a rifle in her hand, fond of reading Annie Oakley stories and well-trained in living off the land, Margo has taken what solace she can since in her quiet life in Murrayville, Michigan, but she still feels an obvious absence. Soon, though, she’s leaving town as well. After an unpleasant incident with her father’s half-brother Cal (Coburn Goss) — who lives next door, shows her untoward attention and has two sons (Sam Straley and Arie Thompson) who vocally resent her presence — she takes to the water in search of both the woman that abandoned her and any other existence than the one she’s accustomed to.

By nature of its premise — and in fitting with other US-set stories and films involving water voyages, such as The Adventures of Huckleberry Finn, Mud and The Peanut Butter Falcon — Once Upon a River proves episodic. Margo crosses paths with an array of acquaintances and strangers on her journey, and each one leaves an impact, shifts her course slightly or both. In graduate student Will (Ajuawak Kapashesit), she finds a kindly source of wisdom and affection, as well as a ride for part of her travels. In the elderly and ailing Smoke (John Ashton) and his fellow ex-musician pal Fishbone (Kenn E. Head), Margo finds an unexpected kinship that expands far beyond a shower and a trailer to bunker down in for a few evenings.

Inescapable here is the dynamic shared by almost all of Margo’s interactions, other than her search for her mother. Whether seeking help from some of her father’s colleagues to flee her hometown or forming different bonds during her trek, the teen is constantly cast opposite older men. Indeed, even prior to her departure, that’s the case with her father, leering uncle and unpleasant cousins. There’s a resigned authenticity to this fact, reflecting the male dominance still prevalent in society, and that Margo is forced to navigate. And, while this is noticeable, how she works to initially reclaim, then retain and maintain control over her own destiny is just as evident. Margo receives help from those around her but, as her journey continues, she’s always making her own decisions.

It’s not only possible but highly likely that such a strong sense of determination and self-possession mightn’t have shone through in Once Upon a River, and in Margo, without DelaCerna. A debutant, she’s magnetic in a grounded and authentic way — and if Margo’s broad experiences didn’t already bring Leave No Trace to mind, her screen presence deservedly evokes comparisons to Jennifer Lawrence’s breakout performance. It’s notable that, against a roster of more-experienced actors, she’s always the brightest light in the frame. The looks she gives in moments of pain and heartbreak are haunting; the hard-earned smiles, where relevant, are just as expressive but in an entirely different emotional register.

When Rose and her cinematographer Charlotte Hornsby aren’t peering DelaCerna’s way, they do fall into a common trap, however — of coming-of-age films that double as road (or river) trip movies, and of any feature that links its protagonist’s internal growth to their external travels. Taking in the scenery is understandable and, at times, pivotal. Basking in it to the point that it occasionally seems like filler is easy to do, too, but doesn’t evade attention. There’s no doubting that Once Upon a River regards its setting as a character, of course, and that said locale says much about the film’s actual central character as well. But, for all of DelaCerna’s efforts, Once Upon a River also often plays as if could be wading deeper into Margo’s ordeals, how it makes this lone girl feel, and what it says about the way both women and Indigenous Americans are routinely marginalized.