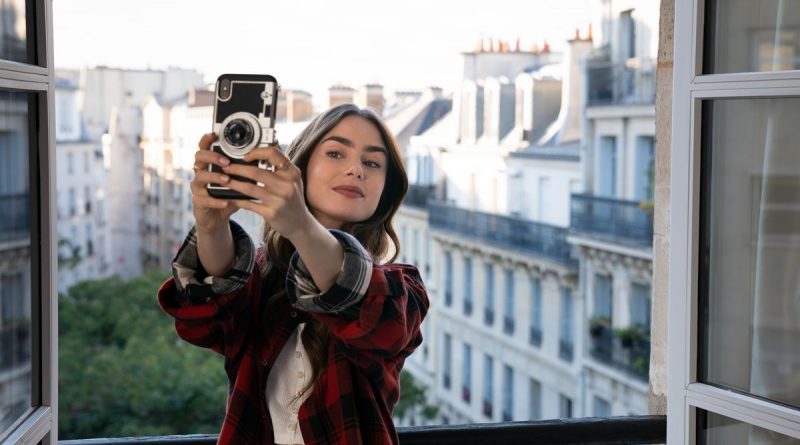 Since the definition of a “guilty pleasure” is a cheesy movie/TV program that one enjoys, despite feeling that it’s not generally held in high regard, this new Netflix series fits that perfectly.

It’s a fabulous fantasy of fashion, glamour and romance as seen through the eyes of 20-something Emily Cooper (Lily Collins), a junior ‘social media marketing’ executive at Savoir who, when her boss unexpectedly gets pregnant, is transferred from Chicago to the boutique agency her company recently acquired in Paris.

Resisting Emily’s dogged determination to “bring an American perspective,” Sylvie and her co-workers do not want to be Americanized. As a result, plucky, ever-smiling Emily suffers a myriad of stumbling, social embarrassments in the City of Light – until she becomes an Instagram influencer.

In social media, influencers are people who have a reputation for their knowledge/expertise on a particular topic. Brands love social media influencers because they can create trends and encourage their followers to buy products they promote.

So – beyond all the fun and frivolity – this breezy series gives insight into how social media works, particularly among entitled, ambitious millennials. Created by Darren Starr, it follows his half-hour, rom-com “Sex and the City” format – served with deliciously delectable croissants.

Not surprisingly, in France, this show has been severely panned for its stereotypical depiction of their culture….i.e.: arrogant Parisians are nasty, rude and lazy, smoking constantly and cheating on their spouses.

On the Granger Movie gauge of 1 to 10, “Emily in Paris” is a superficial, simplistic, yet slyly seductive 6, a guilty pleasure.