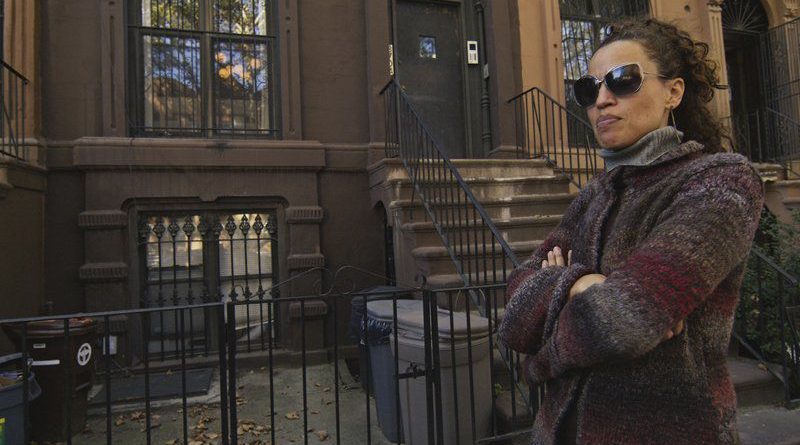 Drew Dixon’s charges are serious. The daughter of the former mayor of Washington, D.C., found her groove in hip-hop. That genre belted to her its message of urban excitement with Black voices that mattered. Starting at 21, Dixon worked her way up in the industry until she became an executive in Def Jam in A&R, or Artists and Repertoire.

With Dixon, Russell had behaved way beyond flirtatious. “I thought he was just a kind of tragic ADD puppy dog that I had to keep away,” Dixon said. When he raped her, she says, she blacked out. She tried to shake off the rape. She left the music industry, where, “sexual harassment is baked in.” She married, had two children, lived her life, but after the article outing Harvey Weinstein in The New York Times in October 2017, Dixon could no longer hush.

On the Record follows her in real time as she goes public with her claim, so the film records history in the past and in the present, a vital twirling of time. The White directors interview other Black women (including Sil Lai Abrams, Jenny Lumet, and Sheri Sher) who claim Simmons raped them. The directors interview Black Tarana Burke, who identified the Me, Too movement, and Black, feminist, cultural critics like Joan Morgan and Michele Wallace.

They attest that calling out Black rapists is frowned upon in Black culture as if the women are forgetting that their forefathers were lynched for just looking at the wrong women. They speak of their “light” privilege among darker truth-tellers. Most painfully, they bemoan the loss of definitive effects these women would have had on the music industry if they had not been raped away.

On the Record is heart-breaking. It is necessary to watch for the color it adds to the execrable misogyny in the rhythms of real life.