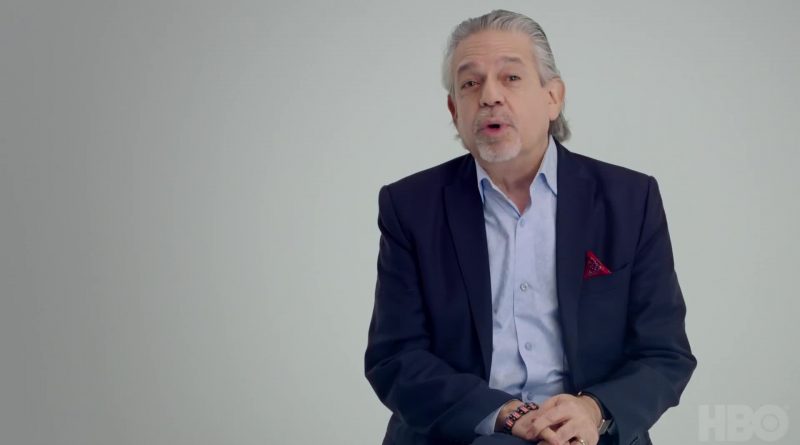 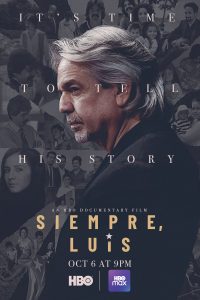 Luis Manuel is a well-known Latin activist, an unstoppable force of change. Mid-way through his busy life in art and politics, one of his children produced a little show called Hamilton, and suddenly his name changed from Luis to ‘Lin Manuel Miranda’s Father.’ And, he didn’t mind at all. In John James’ Siempre Luis, the HBO documentary about the famous dad, you’ll see that Luis is a proud American and proud Puerto Rican. When his original homeland was levelled by a hurricane, he showed up with a band of helpers to save was he has called his paradise. And, he brought along his son’s show, Hamilton, to raise money for the island.

JW: How do you feel… You’ve got a very exciting life on your own, now people say, Oh, this is Luis Miranda, he is the father of Lin Manuel Miranda, and that’s how they identify you… How do you feel about that?

LM: Very proud. I think the wish of every parent, anywhere in the world, is that your kids are better known than you and that they are doing great things that people identify them with. So, for me to be Lin Manuel’s dad is an immense source of pride.

LM: That is a fantastic question. That is probably my biggest dilemma every day because it’s a dilemma that you have ideologically at the same time, what is doable and what is not? How do you bring people with you and how do you push people away? So I try very, very hard because I come from the world where everything is done collectively with a group of people. I must do things to make sure that I let other people’s opinions adjust what I think. I must try to come up with some common good that we could fight for together, and then charge and as you charge and as you do things, you constantly have to reevaluate to make sure that something good is actually happening. So it’s the biggest source of conflict that I face every day of my life.

JW: John James, as the director of this project, what didn’t Luis want you to show? What are the things when he went, “No. Don’t film now,” or “leave that out of the film?”

John James: I hate to disappoint you but everything was on the table.

LM: Except going to the bathroom!

JJ: Except going to the bathroom! He said it! I didn’t say it. I wanted to keep this above board.

JJ: No, never surprised about the man that I decided to spend three years of my life following, We were certainly surprised about what happens over the course of, again, people talk about 12 months because that’s the period which he’s trying to bring Hamilton to Puerto Rico, but as Luis knows, we started this around 2016-2017, so the first part of your question… No, I knew that was the reason for filming this man because when you talk about relentlessness, I don’t know anyone more relentless than Luis, but I certainly – and when I say I, I mean we, the production group – had no idea this is what was going to happen.

LM: Probably something that was a constant source of conflict is that I will decide to do things with very little advanced notice, like I recall at 11 o’clock at night, there are 100 people already sleeping outside of the theater and the university to be the first on line to buy tickets for Hamilton.

JJ: I’m getting a rash as he speaks.

LM: And immediately I called and said, If those people wanna see Hamilton so badly, we gotta do something for them. So at that time, I’m assembling an army of people to make coffee so that I could be there at 4 o’clock in the morning giving coffee to the people who slept over, waiting for tickets for Hamilton. Then JJ and the poor crew had to immediately leave the house at 4 o’clock in the morning to go and get coffee to the people who slept over.

JW: Luis, your son has said you’re the inspiration for Hamilton…

LM: Alexander Hamilton, it’s a big… You’re bigger than life! He created our economic system. It’s humbling for my son to be so kind as to say that I was a source of inspiration. I believe that what he sees is this constant source of energy to be able to face and try to handle the next obstacle or the next happy thing that it’s going to happen, and that he can get from me. I try to solve anything that is thrown my way, and that’s the way I’m built.