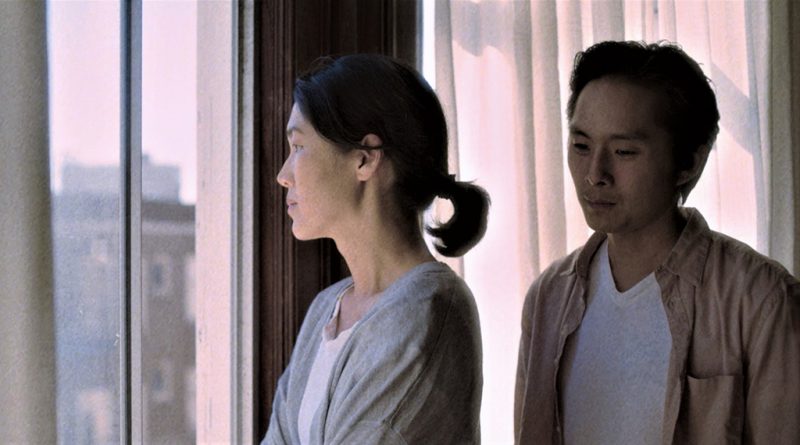 Some movies are so quiet and slow and intimate, you don’t realize their impact on you until long after the credits have rolled. Coming Home Again is one of those rare films.

Wayne Wang has taken Chang-rae Lee’s lovely essay in The New Yorker about caring for his dying mother, and turned the figures in the narrative into flesh and bone human beings.

The idea of flesh and bone is, in many ways, actually key to the story, which starts out with Chang-rae (Justin Chon) making his mother’s signature kalbi. As he painstakingly slices the short ribs (warning: do not watch this if you’re hungry), he remembers her stressing the importance of always keeping the meat attached to the bone.

Attachments are an inherent and important piece of Asian-American culture, as both the essay and the movie reveal. Chang-rae is connected to his mother (Jackie Chung) through her beloved Korean recipes, their culture and traditions – some of which are at odds with his own modern life.

Feeling guilty about the time he spent at Exeter, away from the family, he leaves New York, where he worked as a writer, to become her full-time caregiver. He tries to make up for those lost years, asking her questions about her own past and filling her in on his, when she’s not in too much pain to talk.

Chang-rae and his mother have always bonded over food, and he is angry that of all the kinds of cancers she could have, she’s been cursed with stomach cancer. She can’t even enjoy her favorite dishes anymore, making it impossible for him to express his love for her in their own special language. Chang-rae’s deep-seated emotions about this come out in a devastating scene in which he lovingly recreates his mother’s favorite dishes for a banquet of a family dinner on New Year’s Eve, refusing to accept the truth that she is simply too ill to eat them.

Chon and Chung’s performances are quietly, heartbreakingly powerful and it’s impossible not to feel their grief.

In his New Yorker essay, Chang-rae explained that his mother “knew that the flavor of a good dish developed not at once but in stages.” It’s clear that Wayne Wang understands that’s also true for a good movie.