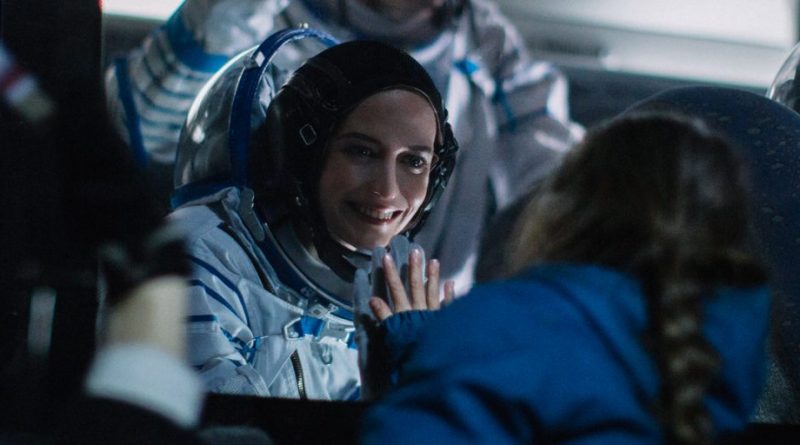 The French sci-fi drama Proxima, is among the several notable space-travel features that have blasted off in this decade. Most have been primarily male-driven efforts such as The Martian, Interstellar, First Man and Ad Astra. But it has more in common emotionally with Sandra Bullock’s grieving mother role in Gravity than something like Lucy in the Sky, in which Natalie Portman’s astronaut return to Earth results in an emotional breakdown and fits of paranoia.

But this is the first to have a female in the director’s chair. Namely, Alice Winocour, who co-wrote 2015’s Mustang, which was nominated for an Oscar as France’s foreign-language submission in the 2016 race. Her previous efforts behind the camera were 2012’s Augustine and 2015’s Disorder.

Unlike the big-budget blockbusters in this genre that rely on spectacle to enthrall, her film uses human emotion and family issues for its rocket fuel. It stars Eva Green as Sarah, a French woman who finally gets to live her lifelong dream of becoming the lone woman in on a space mission to Mars. The downside is that while undergoing grueling training, she must also balance her life on Earth as a single mother of Stella, a sweetly precocious yet clingy 8-year-old daughter (Zelie Boulant-Lemesle, a born scene stealer), who will be without her mom during her year-long stint on the International Space Station. Filling in for her is an amicable ex-husband, a German astrophysicist (Lars Eidinger), who is less than perfect when it comes to keeping track of time.

Reality comes in the form of filming at the actual European Space Agency, where Sarah’s training is held. Matt Dillon – who hasn’t seemed to age over the years — is the main astronaut in charge of the team. Initially, he seems like a swaggering space cowboy who makes a misogynistic comment about French women being good cooks when welcoming Sarah. But as a father of two young sons, he says that “there is no such thing as a perfect astronaut and there is no such thing as a perfect mother.” He also gives her a thumb’s up for her tenacity in catching up with the others.

While Stella is initially unhappy with her new school, it turns out that being freed from her mom has allowed her to find her own way, both in making new friends and even nailing her math course. She even has a boy crush and the cast on her arm she sports after a bike accident bears lots of signatures.

Proxima initially was released in French theaters last year. But somehow it seems even more relatable during the coronavirus pandemic as we must socially distance from loved ones and disconnect from many of our regular routines. By the time Sarah must be quarantined for some time before the big day, we can relate to her situation wholeheartedly.