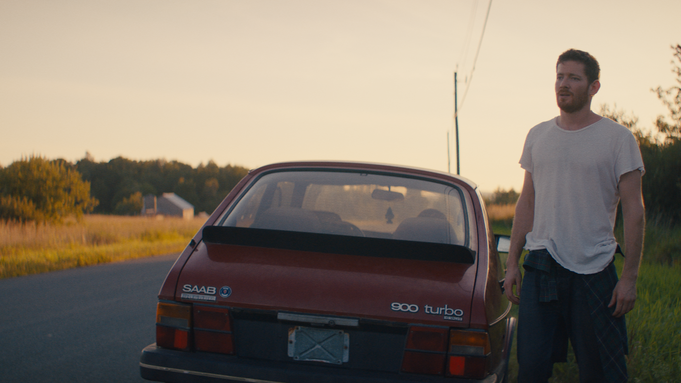 A bad night turns much, much worse when a young couple find themselves at the mercy of a very peculiar family in Devereux Milburn’s feature film debut, the brutalising backwoods horror Honeydew.

Sam (Sawyer Spielberg, so of you-know-who) is an actor/waiter – or is it a waiter/actor? – and with his sorghum-researching girlfriend Riley (Malin Barr), the young couple’s relationship is already verging on collapse when their decision to spend the wrong night in the wrong place leads to a nightmare beyond their comprehension. Stranded in the New England backwoods, a series of increasingly disastrous events leads them to the front door of kindly yet kooky matriarch Karen, played in a career-defining performance by the great Barbara Kingsley. Relying on Karen and her Popeye-addicted son Gunni (Jamie Bradley) to help get them back on their rightful path, Sam and Riley find themselves spiraling into the increasingly disturbing and unrelentingly dark, strange heart of this corner of rural America.

Co-written by director Devereux Milburn with Dan Kennedy, it is in his dual role as cinematographer that Kennedy renders this wild journey even wilder through his striking photography. Set largely in Karen’s home in muted, shadowy tones best described as a kind of depressing sepia, Honeydew becomes less of your usual horror film watching experience as it instead begins to feel like the satisfyingly grim experience of flicking through the pages of a particularly cursed old family photo album.

Like our protagonists, Honeydew sucks us into an intoxicating, delirious fever dream, where past and present collide in a nightmare zone of fucked up families and a veritable rainbow of other dysfunctional interpersonal relationships. And if that’s not enough, there’s a truly peculiar Lena Dunham cameo which has to be seen to be believed. Reviving the spirit of ‘70s North American rural horror while very much still feeling like a film tapped into out contemporary moment, Honeydew is one of the wildest, weirdest horror films of the year.