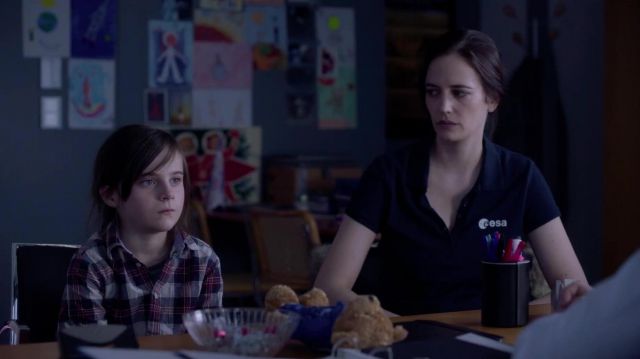 Eva Green gives an absolutely stellar performance in Alice Winocour’s exceptional film, which takes that age-old dilemma of womanhood – the pull between the responsibilities of motherhood and individual ambition – to stratospheric heights. Green’s Sarah is an astronaut who dreams of flight and who, when given the opportunity to join the European Space Agency Mars Probe, accepts without hesitation – even if it means a year away from her seven year old daughter. Yet, Proxima never judges her for her choices, never paints her as anything other than a woman desperately trying to juggle the facets of her life; and, despite her brilliance, not always successfully.

It’s a scenario many of us will find desperately familiar, as is the institutional sexism and microagressions that Sarah finds herself dealing with on a daily basis. Some of her crew mates use her gender, her motherhood, as a tool to undermine her; suggesting she ask for a lighter training programme, for example. Despite her place on the team, she has to prove herself on a daily basis, while the fact that her male colleagues deserve their spot is taken absolutely for granted.

Both Green and Winocour wear Proxima‘s feminist credentials lightly, however. Neither screenplay nor performance act as soapbox; they don’t need to. The message is woven into the fabric of the film, which also benefits from some beautiful, textural cinematography from Georges Lechaptois — despite Sarah’s lofty desires, his camera often rests on intimate moments, like a swim with her daughter in an empty pool. That the film’s power lies in these small interactions is indicative of a writer/director at the top of her game.