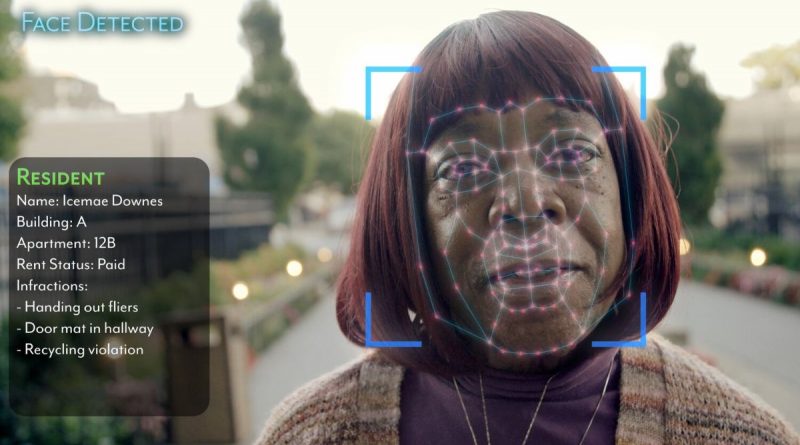 Paranoia strikes deep in director Shalini Kantayya’s Coded Bias, which brings to light how tech companies use of facial recognition that is built upon an algorithm that is inherently racist and biased against females. Anyone who uses social media like Facebook readily knows how to target ads on our feeds to our recent purchases and lifestyle choices or that Alexa might be snooping on you.

But there is an even more insidious Orwellian side to how such biased artificial intelligence is used to judge people, whether they are job applicants or applying for a loan or credit card. This all sounds a little nerdy and it is. But Kantayya is smart to focus on a brainy superhero in the form of Joy Buolamwini, a PhD student at MIT who was surprised when the facial recognition software she was using for a project didn’t recognize her black face. But when she donned a white face mask, it immediately caught the image.

This incident led the charismatic Buolamwini, who at one point rocks Wakanda earrings, to investigate the lack of legislation and oversight over the use of such invasive tools and how governments can use such tech to unfairly judge people. For instance, Amazon employed an algorithm to select a first cut of job applicants, only to find it picked only white males. That reflects the culture of Silicon Valley, which is controlled by primarily white males.

Other countries have cried foul over such privacy issues. In the UK, a group called Big Brother Watch has fought to halt the use of facial recognition technology on the street by the police. Meanwhile, the citizens of China are apparently hooked on just flashing their face on a screen to make store purchases.

Eventually, Buolamwini creates the Algorithm Justice League and gets to speak to Congressional members in D.C., including Alexandria Ocasio-Cortez and Jim Jordan, about the subject of what she calls “weapons of math destruction.” Some measures are taken to stop the use of facial recognition by governments. But the damage has already been done, given that 117 million of Americans have already had their photos uploaded to a network that used by police. The downside of this documentary, which also employs A.I. images from sci-fi films like The Terminator, Minority Report, Blade Runner and, of course, HAL the computer from 2001: A Space Odyssey, is that it only skims the surface of this clear and present danger.