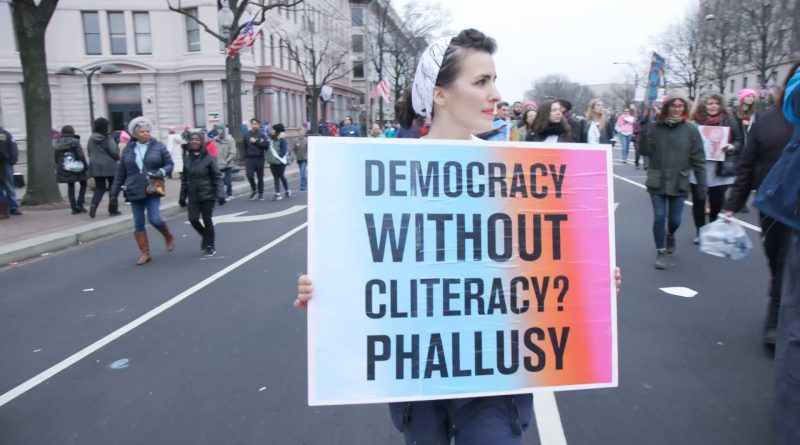 The Dilemma of Desire is a film gem that offers education and enlightenment about women’s sexuality. The emphasis in the film is on expanding literacy of the clitoris (“cliteracy”), the point of pleasure in the female body.

Directed by Maria Finitzio, The Dilemma of Desire features four women dedicated to thus educating women and men. Their main subject is the clitoris and its vast internal structure, which extends amazingly beyond what Gertrude Stein called “the tender button.” According to Dr. Stacy Dutton, Gray’s Anatomy (a medical bible) includes nothing about the clitoris but page after page detailing every artery of the penis. Dr. Lisa Diamond, a college professor of gender studies, includes lessons on love and infatuation and sex. Sophia Wallace has chosen the complex clitoris as the subject of her symbolic art, and Ti Chang, an industrial designer, makes elegant pleasure toys, improving on the poor ones designed by men.

Finitzio, a long-time producer of documentaries, also includes personal testimonies of four more women — at work, at school, and with dates and families — as they promote personal pleasure. They declare “vagina” “the most misused word in the English language.” They cast aside myths as well as ignorance: “It seems that women can be sexualized by society but not be sexual.” They anoint themselves worthy of orgasms.

The Dilemma of Desire breaks no new ground with the form of the documentary film, but it piles on plenty of needed sex ed. for home and school. In addition, seeing it celebrates the life of Betty Dodson, artist and impish sex educator, who, starting in the mid-Seventies, “popularized the clitoris and clitoral orgasms and gave the clitoris celebrity status.” Dodson died at 91 on October 31.

The film is screening at the St. Louis International Film Festival, which runs virtually Nov. 5-22.