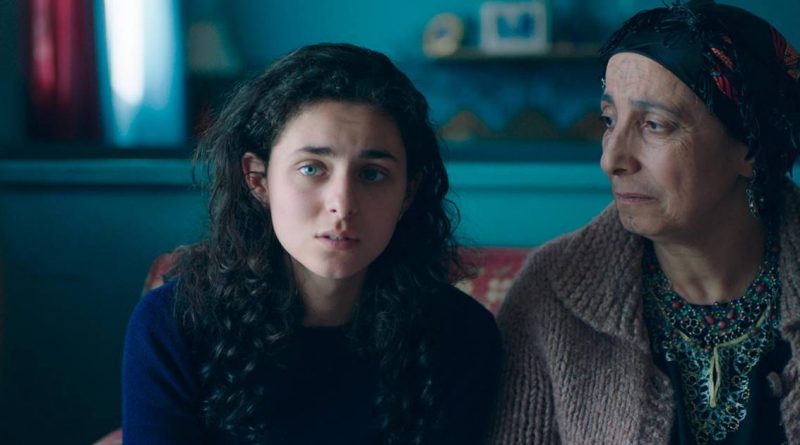 For the past four years, there has been no lack of blatant political maneuvers to undermine our values and debase our nation. But from the moment Trump announced his candidacy for the highest office in the land while descending on a gold escalator in his Trump Tower, he was bound and determined to demonize, harm and punish immigrants while promising to make their existence a living hell.

Now from our neighbor Canada comes a fresh take on the woes that face desperate immigrants who flee violence and upheaval in their homelands. What gives this particular interpretation added depth? It just so happens to be based on a 2,500-year-old Greek tragedy — namely Sophocles’ Antigone. Set in Quebec, we meet an Algerian family that consists of two sisters, Antigone and Ismene, and, two brothers, wise-guy Polynice and ace soccer player Eteocle, who have fled their country with their grandmother after their parents are found slain.

Quebecois writer, director and cinematographer Sophie Draspe’s best move is in her casting of actress Nahema Ricci, a slim waifish beauty with mesmerizing blue eyes and dramatic chops in the title role. Her Antigone, who was just 3 when she lost mother and father, is all about her family ties. Now a 17-year-old high-schooler, she shares the story of family’s past and how they came to Canada.

She wins a $4,000 prize for academic achievement and has a loyal beau (Antoine DesRochers). Her sister (Nour Belhiria), a hairdresser’s assistant, is hoping to open her own salon one day while living a normal life with a husband and kids. But Antigone’s brothers are connected to a street gang. When the cops show up at one of their outdoor gatherings, matters take a horrible turn while ending in tragic shooting. Meanwhile, Polynice is sent to jail for assaulting an officer and his deportation is just a matter of time.

But Antigone decides to cut her hair and impersonate her brother when she visits him in jail. They switch clothes and he gets to walk out the door. While Sophocles didn’t have the option to make his heroine a social media star, Antigone’s declaration that “My heart tells me” — her justification for standing up for her family – goes viral. The publicity helps get her off the hook while her boyfriend’s father volunteers to be her guardian and also pay for her schooling.

However, Draspe’s clever ending suggests that little will change for other foreign outsiders seeking asylum, citizenship and a better life.