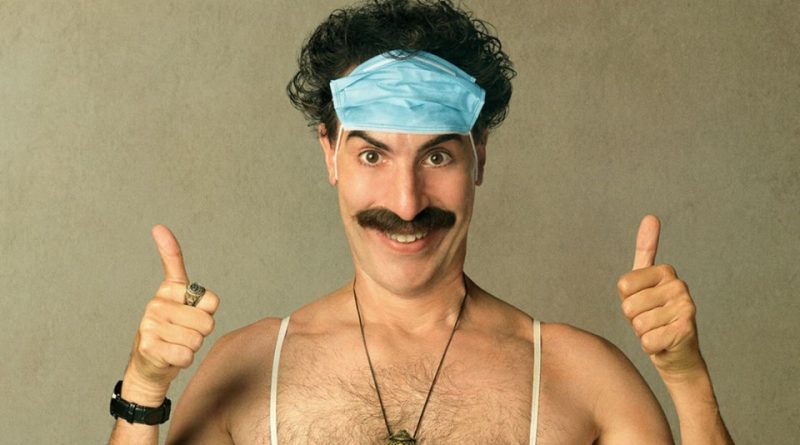 When that doesn’t work out as a gift option, moronic Borat decides to deliver his 15 year-old daughter, Tutar (Maria Bakalova), to Pence instead. Dressed as a Klansman, he arranges to make the presentation at the 2020 Conservative Political Action Conference (CPAC) during Pence’s speech, but he’s ejected by the Secret Service.

After that fiasco, Borat arranges for Tutar to interview former New York City Mayor Rudy Giuliani in a Manhattan hotel room. One thing leads to another and they wind up in the bedroom, where President Trump’s personal lawyer lies on the bed with his hand down his pants, seemingly tucking in his shirt.

What’s amazing is that neither Pence nor Giuliani realized they were being ‘set up’ by Sasha Baron Cohen – until after the ‘sting’ was filmed. Nor do Cohen’s other interviewees, as he travels around the country, posing as a bigotry-spewing buffoon.

Most memorable is how this raucous, improvisational comedy showcases 24 year-old Bulgarian actress Maria Bakalova, who views the film as the story of how a poor, downtrodden girl can and should grow up. Relishing her liberation, she plays a strong, complicated character, working undercover with real people who had to believe her veracity in order for the pranks to work.

Streaming on Amazon Prime, on the Granger Movie Gauge of 1 to 10, Borat Subsequent Moviefilm is a silly, satirical, subversive 6, guaranteed to offend almost everyone.