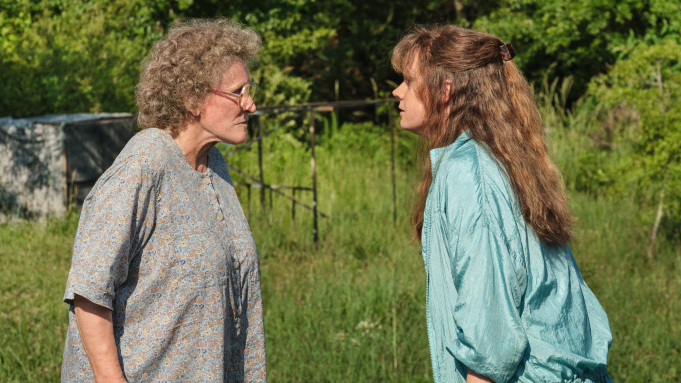 When J.D. Vance’s 2016 memoir, Hillbilly Elegy: A Memoir of a Family and Culture in Crisis, landed on best-seller lists just months before Donald J. Trump would become our 45th president, it was treated like portal into the mind set of those in the disenfranchised white underclass who supported him.

Given its popularity and ongoing timeliness, the book was bound to be made into movie at some point. That it was Ron Howard, who played Opie — the son of widower sheriff in an idyllic North Carolina town of Mayberry on The Andy Griffith Show in the ‘60s who chose to bring this project life, is somewhat ironic. While Vance’s deep-dive into his roots includes happy times spent in Kentucky, the core of Appalachia, where he felt most connected, the lad was far less enamored with his home life in Middletown, Ohio, a no-longer-thriving steel-town whose residents struggled to make a decent living.

Such despair leads to a horrifying tendency towards domestic violence, broken families, depression, lawlessness, terrible parenting and high incidents of alcohol and drug abuse. But Howard made an interesting decision before he stepped behind the camera, one that he shares in an interview on the movie link that Netflix provided. Namely that he wasn’t interested in the politics of it all. Instead, he focused on the human story of a clan who managed to survive their hardships and, eventually, better themselves and their situation. The closest the film gets is a name drop of Monica Lewinsky and the sight of Al Gore on a TV screen.

Basically, the story boils down to a tug-of-war over a bright young boy’s very soul and future. On one side is his mother Bev (Amy Adams in full train-wreck mode under a deeply tangled mop of ‘80s hair), a trained nurse who likes to loudly proclaim that she graduated second in her class in high school. But she did herself no favors in getting pregnant at 19 with a daughter. Her unsteady personality caused her to be violent, hysterical and prone to marrying and hooking up with men who had no regard for her son or her emotional circumstances. She ends up in rehab first hooked on prescription drugs and later heroin.

But Howard is wise enough to know that the real heart of this story should be the always- glorious Glenn Close as J.D.’s devoted Mamaw aka his maternal grandmother. With her oversized T-shirts, oversized glasses and permed gray hair, the stately star is fully transformed into a matriarchal superhero who voluntarily takes her grandson under her wing. Little wonder she adores the film Terminator 2, chiming in with Arnold Schwarzenegger as he declares says, “Hasta la vista.”

The character is as coarse in her language as a drunken sailor, has no problem using her middle finger as a salute and has committed her share of marital mayhem and violence in the past. But this sober clear-eyed soul had the guts to step in and make sure her grandson had a chance at a better life by giving him the support he needs to succeed when his mother couldn’t. She made sure that he would defy the odds and not just get his high-school degree, but ended up graduating That J.D. would not only join the Marines and serve in Iraq, he would go on to graduate from Ohio State University and earn a degree at Yale Law School. The actors who share the role of J.D. — Gabriel Basso as an adult and Owen Asztalos as a boy – both feel natural and authentic in their roles.

But I am sad to observe that, for whatever reason, Adams – who is quite capable of being a self-destructive and disturbed person as previously seen in her 2018 HBO miniseries Sharp Objects – is not quite at the top of her game here. I just never fully engaged with her character’s struggles. Meanwhile, I am putting myself on the line by predicting that long over-do Close might finally win an Oscar on her eighth try.