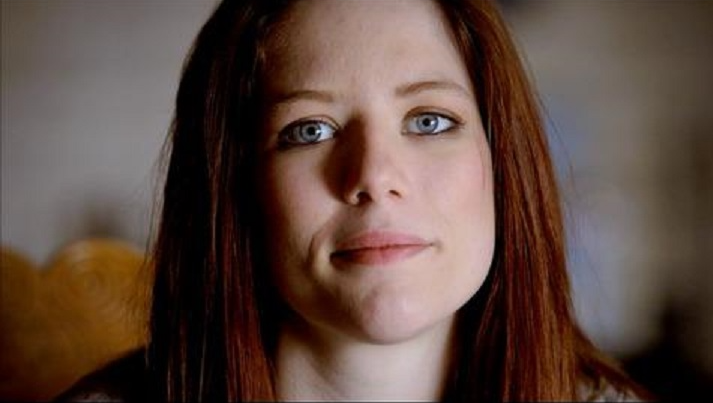 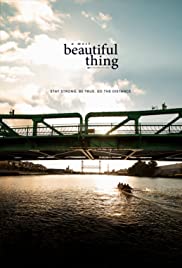 Growing up, Mary Mazzio, the oldest of four girls, recalls a strong yet single, struggling mom determined to provide for her family. She went on to work her way through college, compete in the 1992 Olympics, and then held an esteemed job as a law partner in a top Boston law firm. Feeling that ‘something was missing’ attending film school gave Mazzio the tools to use film as a call to action. Leaving the law firm and forming her own film company, 50 Eggs, she took on the Yale College athletic department, turning her lens to the inequality of women rower’s conditions as compared to men. Her film A Hero for Daisy is dedicated to her daughter Daisy.

The past has brought her full circle—as the last 20 years, she’s created films that spotlight the underprivileged. A Most Beautiful Thing, a documentary film, centers on America’s first all-black High School rowing team of the gang-infested Manley High School, in Chicago, IL in the late 90s. Based on the same name book by rower Arshay Cooper, Mazzio, an Olympic rowing athlete, has found her niche.

Sarah Knight Adamson: I want to congratulate you on your Critics’ Choice nomination for A Most Beautiful Thing. What does this honor mean to your film?

Mary Mazzio: It means so much, particularly because we put them together in a way that will speak to a community, and it does speak to a community with the goal of a simple, elegant story. We’re not super edgy or experimental. For me, it is how do you communicate something that can move people to action?

The concept of inequality of safety that faces our young people and citizens in places like The Westside, The Southside, Compton, or Harlem is fundamentally undemocratic. And as I’m sure you’ll hear Arshay Cooper say, “I think our film really stands for the simple proposition that talent is everywhere, and it’s access and opportunity that aren’t. So to be nominated for a Critics’ Choice Award honestly, has been overwhelming and such a privilege and an honor for us.

SKA: In my research, I found that you grew up in Boston, the oldest of four girls, and that your mom, at one time, was actually on food stamps.

MM: Thank you for asking, especially about my mother. There’s no more heroic person in my life than my mother and the demons that she flayed while raising her four daughters. And I have to say, I didn’t quite realize until much later in life when my mother told me that she was on food stamps, I do remember meals like we’d have Spaghetti-Os, or sometimes we’d have pasta with ketchup or, and certainly when it came time to go to college, it was clear that was not going to happen for the four of us without scholarships, without work-study.

And I felt very lucky that I saw the inside of a college, but now reflecting back, especially in light of our project, it’s a function of privilege. I fully understand now I would not have been the beneficiary of those gifts if my skin color had been different. And that I think is the true essence of privileged. People in this country will say, “Well, everybody should pull themselves up by the bootstraps.” The reality is none of us pull ourselves up by the bootstraps. We’re given the life raft. Some of us are given a life raft and an opportunity and a ladder, and others simply are not. So I was extended the rope ladder, and I climbed up. My mother used to say, “Mary, you’re there when the bus stops,” and I never knew what that meant until part of it is luck meets opportunity.

SKA: I have interviewed a few other Olympic athletes, so I’d love to get your take on what it was like to be in Barcelona, Spain. What a beautiful city. I can’t even imagine being there competing in the games. Could you talk about your feelings at the time?

MM: I’ll tell you what they don’t show you on TV. You walk into opening ceremonies, and it is a fun arena. Everybody steps out onto that tarmac as a potential gold medalist. So, everybody’s smiling. There was a huge Olympic flag they put over all the athletes. There was an Archer that ran right by me. He was the Olympic Archer from Spain, and he hit the cauldron. It was the most spectacular. Barcelona showcased all of their gorgeous and art; the scene was so beautiful and artistic. Closing ceremonies was a completely different story because everybody covered by the network is usually our hip sports, certainly not rowing. And usually, it’s just the gold medal. So gold medalists with big smiles.

SKA: Can you please talk about the first film you directed in 2000, A Hero for Daisy?

MM: I was pregnant with my daughter Daisy at the time. And I remember thinking, “All right, she’s going to come into this world. She’s got to be tall. She’s going to have big legs like her mommy. She’s going to be brown hair, not blonde. And I really want her to know that she can fully get dirty, get ugly, get sweaty, and explore her limits. Anything should be possible for her, and making A Hero for Daisy was such an extraordinary opportunity.

The DNA that unites all of our films really has to do with two things: overcoming obstacles and bringing people who do not agree with each other together, the left and the right together. Here I had an opportunity to really go full-on feminist, beat your chest. And inside, I knew that the film had to appeal to fathers who were bringing up daughters along with uncles and grandfathers.

I got a call 12 years later 2012, saying, “Hey, Mary, we just wanted to let you know your film helped to spark our case.” The case went all the way up to the US Supreme court level, and the parent group prevailed and won. I burst into tears after the call because with a visual medium, you don’t know how it can affect a life or move somebody to action. And I feel like that at the end of the day, if we can raise voices that are underrepresented that people will step up and say, I can do something about this then, and that’s the kind of film that we’ve done really since the inception, since A Hero for Daisy in 2000.

SKA: When I finished A Most Beautiful Thing, I felt a call to action. How can people become involved in underprivileged neighborhoods or start a rowing program, or is that information on your website?

MM: Thank you for asking that. And I’ll tell you, Sarah, what’s so exciting is we’re seeing unbelievable philanthropy in the wake of this project. The Most Beautiful Thing Inclusion Fund has been formed to support Arshay Cooper’s work. It’s the perfect sport for young people from a background of trauma and young women of color in particular. There are 100 D1 scholarship programs in this country, and for that path and that pathway to only be open to white, affluent athletes, that has to shift and change. The Most Beautiful Thing Inclusion Fund that is on our website, it is a full 501c3 sub-fund housed under a long-time foundation, the Pocock Foundation. Arshay will be working with our current US Olympic team coach, Mike Teti, and all five black Olympians in the sport of rowing; they are all advisors to the sport, and it is so exciting to see the world of privilege step up.