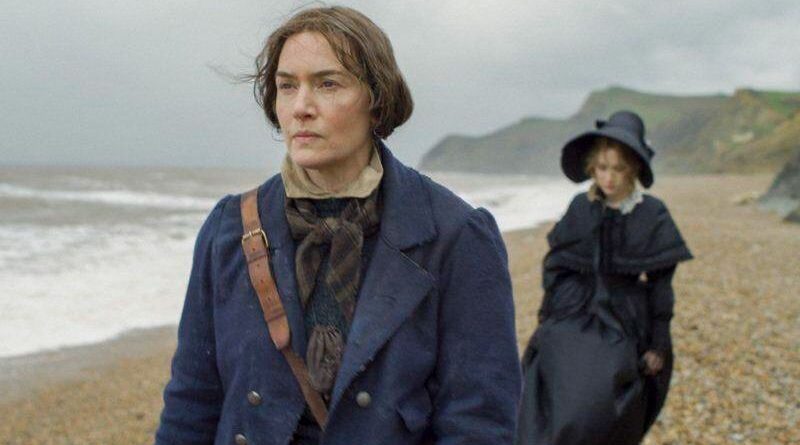 While Anning is celebrated for her remarkable discoveries on the windswept south England coastline, she is regarded as something of an oddity by a scientific community that doesn’t give her proper credit for her work, let alone welcome her as one of them. That, plus her necessarily closeted homosexuality leaves her alone, adrift, totally closed off to others. Winslet puts in an astonishing performance as this taciturn, vulnerable woman, who understands her place within society yet is never comfortable within it.

That’s a feeling shared by Ronan’s young wife Charlotte, who finds herself abandoned by a husband who cannot cope with her grief over a lost child. Forced by him into the role of isolated invalid, she too is desperate for genuine human connection. A sequence in which she attempts to follow doctors orders and bathe in the choppy seas show a person entirely buffeted by the whims of others.

And so, when these women meet, it’s not a moment of explosive chemistry but a slow burn of feeling. They gradually chip away at each other’s emotional barriers until they forge something truly memorable. It’s a relationship fueled not only by two kindred spirits, but also by the power of two women finally finding a safe space to prioritize and assert their true needs and desires.