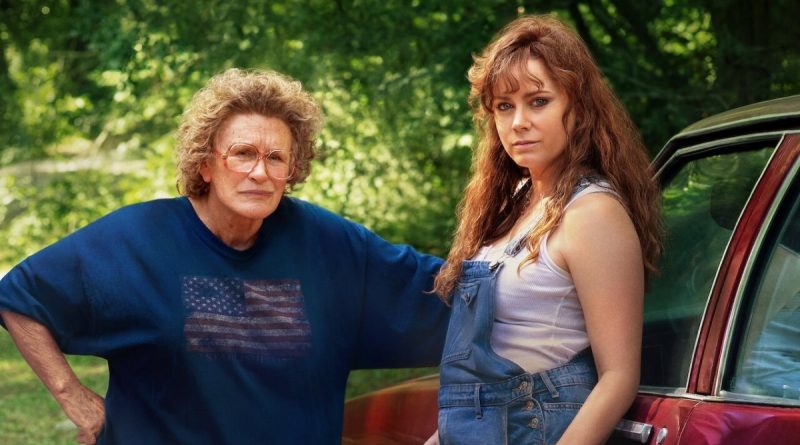 J.D. Vance’s sprawling, brawling best-seller – Hillbilly Elegy: A Memoir of a Family and Culture in Crisis – is about his chaotic childhood in Middletown, Ohio, where much of his extended family moved from Kentucky’s Appalachian region.

In the film adaptation by Vanessa Taylor (The Shape of Water), directed by Ron Howard (Apollo 13, A Beautiful Mind), it comes across as a family drama, a resonant slice of rural Americana.

The non-linear plot is related by teenage Vance (Owen Asztalos) and adult Vance (Gabriel Basso). After a turbulent childhood, Vance joined the Marines, served in Iraq and went on to Yale Law School. How he made that difficult transition, we never really find out.

Then on the eve of a pivotal job interview with a prestigious law firm, he’s summoned home by a family crisis. As always, it revolves around his perpetually drug-addicted mother, Bev (Amy Adams), suffering from a heroin overdose. For years, she was protected and defended by Mamaw (Glenn Close).

Now it falls on guilt-riddled Vance to decide what to do with Bev: who will take care of her and where she can go. Because her health insurance has lapsed, the hospital won’t keep her. And no one, including the audience, seems to care very much what happens to her.

Perhaps what resonates most is the painful perseverance of many American families that live below the poverty line, struggling for survival.

Bev is such a raw, unsympathetic character that it’s the kind of role Amy Adams must have yearned for to validate her versatility. Mark her as a Best Actress nominee.

Yet, on the Granger Movie Gauge of 1 to 10, “Hillbilly Elegy” is a country-fried 5, filled with sociopathic characters in search of a story.