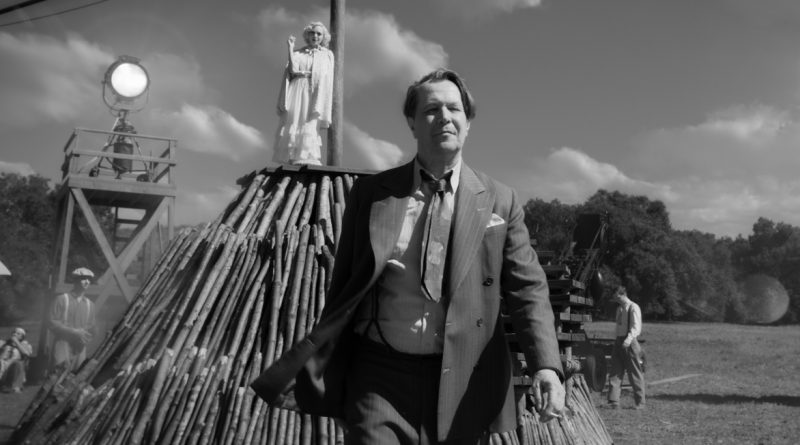 Are you curious about how Orson Welles’ Citizen Kane (1941) got made?

Judging by Once Upon a Time…in Hollywood, A Star Is Born and La La Land, the movie industry loves its own past, so director David Fincher (The Social Network) wants to set the record straight, working from a witty, character-study backstory by his late father, Jack Fincher.

Citizen Kane was written by Herman J. Mankiewicz (Gary Goldman), a misanthropic alcoholic. Mank was convalescing from a broken leg in a cabin in the Mojave Desert, working on Orson Welles’ (Tom Burke) next project.

Told through flashbacks, that revolves around Mank’s relationship with crusty newspaper tycoon William Randolph Hearst (Charles Dance) and his much younger mistress, enticing actress Marion Davies (Amanda Seyfried). She calls Hearst “Pops,” telling Mank: “I live in a fishbowl, but I can have everything I want.”

Plus, there’s MGM’s legendary executives Irving Thalberg (Ferdinand Kingsley) and Louis B. Mayer (Arliss Howard). “Movies are a memory,” Mayer wryly explains. “We still own the product. That’s the magic of the movies.”

My only quibble is that 24 year-old wunderkind Orson Welles turns out to be a very minor character; I wish there’d been more about him.

FYI: Citizen Kane did not win Best Picture; that Oscar went to How Green Was My Valley. Although Kane was nominated in nine categories, only Mank & Welles won for Best Original Screenplay.

On the Granger Movie Gauge of 1 to 10, Mank is a bitterly caustic 9. Aimed at cinephiles, it’s an immersive footnote to cinematic history.