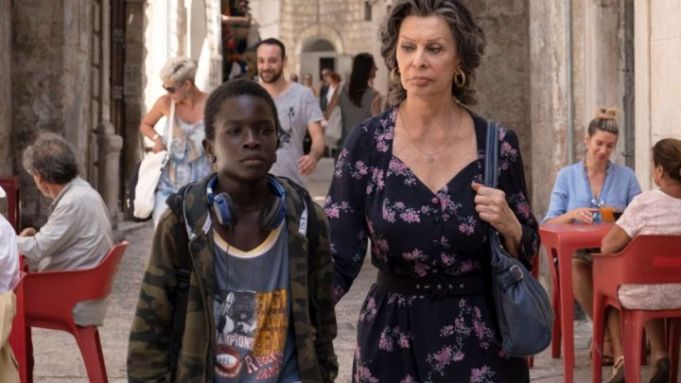 The Life Ahead features a compelling Sophia Loren

Set in the midst of dire circumstances, the Italian film The Life Ahead dramatizes the evolving relationship between Holocaust survivor Madame Rosa and young Senegalese refuge Momo. It’s star is 86-year-old Sophia Loren who enlivens this compelling adaptation of Romain Gary’s 1975 The Life Before Us, here co-written and directed by Loren’s son Edoardo Ponti.

An ex-prostitute herself, Madame Rosa nurtures children of other sex workers who are incapable of providing care at the moment. Twelve-year-old Mohamed, called Momo, joins this group, angry and resourceful, wary and withdrawn. After his father killed his mother who would no longer work in the sex business, Momo learned to get by delivering drugs for a small-time dealer. But Rosa, no naïve caretaker, petitions a friend to give Momo work. Rosa’s dear friend Lola, a trans worker and past boxing champion, completes this solid, supportive community. Her health failing Madame Rosa, at times, retreats to a basement room, haunted by Holocaust memories.

It would be unwise to tell this tale without restraint lest sentimental indulgence overwhelms the sensitive relationships, one outsider to another. In this respect, director Ponti shines, relying on mid-distance shots, letting humanity come through with honest emotion. This means the three central actors must convey depth with understated complexity, and they do: Sophia Loren as Madame Rosa, newcomer Ibrahim Gueye as Momo, and trans actress Abril Zamora as Lola. As the business owner, Babak Karimi complements this trio. Above all, yet again, Sophia Loren’s meticulous, down-to-earth, stunning performance carries the film, Rosa appropriately firm and assertive alternating with thoughtful and funny. Never fussy, always unselfconscious, Loren inhabits her character, much as Simone Signoret did in the 1977 film Madame Rosa.

Without soapbox fanfare, heady issues are embedded in events: surviving and coping with tragedy, adjusting to aging, helping others, and adhering to ethical behavior. I hope Sophia Loren and her son work together again, soon, given the accomplished filmmaking in The Life Ahead. In Italian with English subtitles, streaming on Netflix.