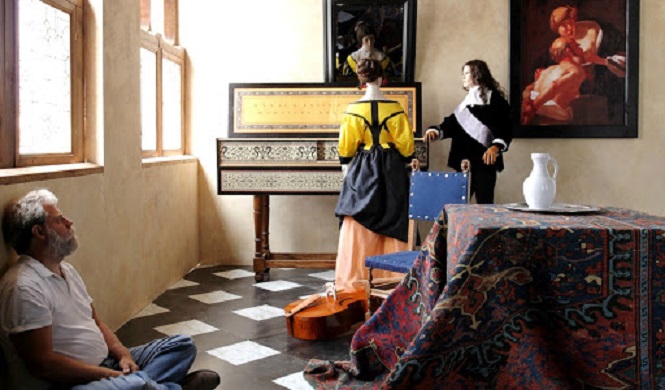 In this fascinating documentary, inventor Tim Jenison sets out to prove that the 17th century Dutch Master, deemed the greatest realist painter of all time, was secretly using an optical instrument to capture his photo-like images. It provides a uniquely original view of timeless masterpieces.

With extraordinary wit and charm, this exceptional art documentary follows several years in the life of computer softwear inventor Tim Jenison who took an intellectual odyssey, delving into the work of Johannes Vermeer, the 17th century Dutch master whose unparalleled photo-like realism on canvas has baffled art experts for centuries.

Jenison notes that Vermeer’s marvelous paintings have photo-like qualities. For example, objects situated within a specific depth of field have hard edges, while objects in the foreground have softer edges — as they do in photographs.

However, Vermeer painted before cameras existed. So, how did the artist see as a camera does, and create images so similar to those captured with a camera? Continue reading on CINEMA CITIZEN